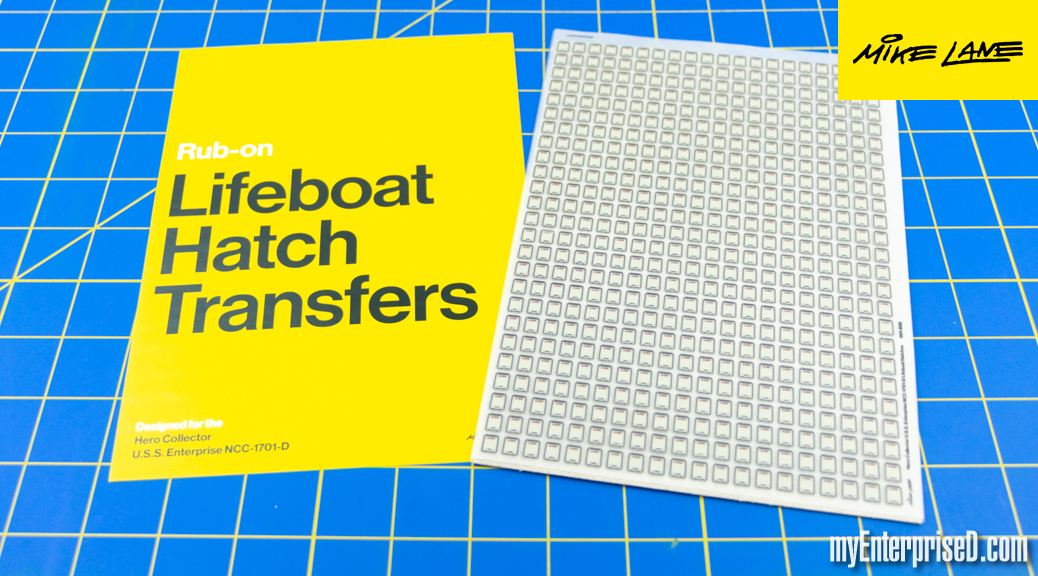 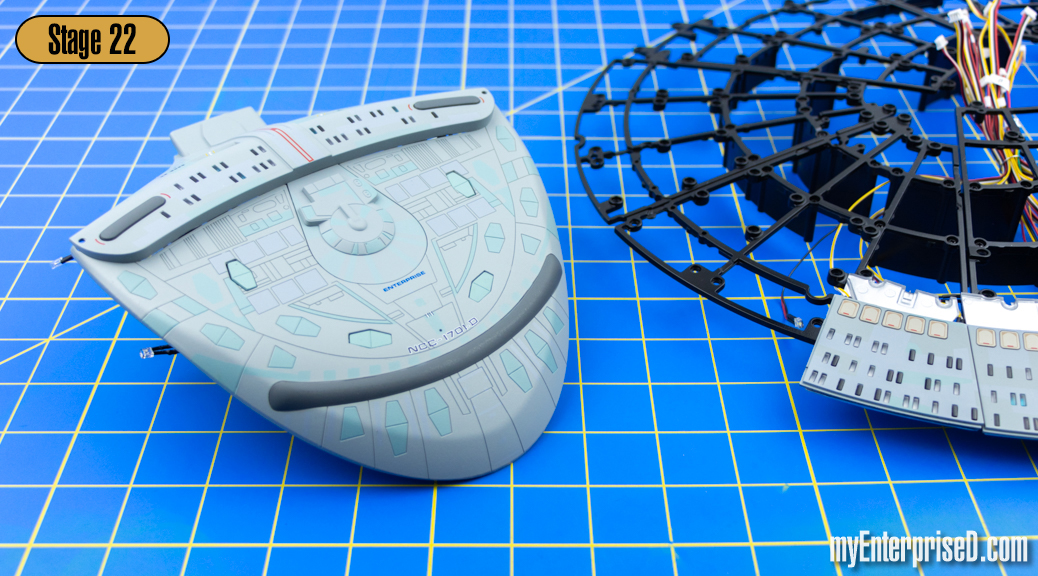 Yet another Deck Panel is attached and we connect the two Battle Section assemblies in Stage 22! 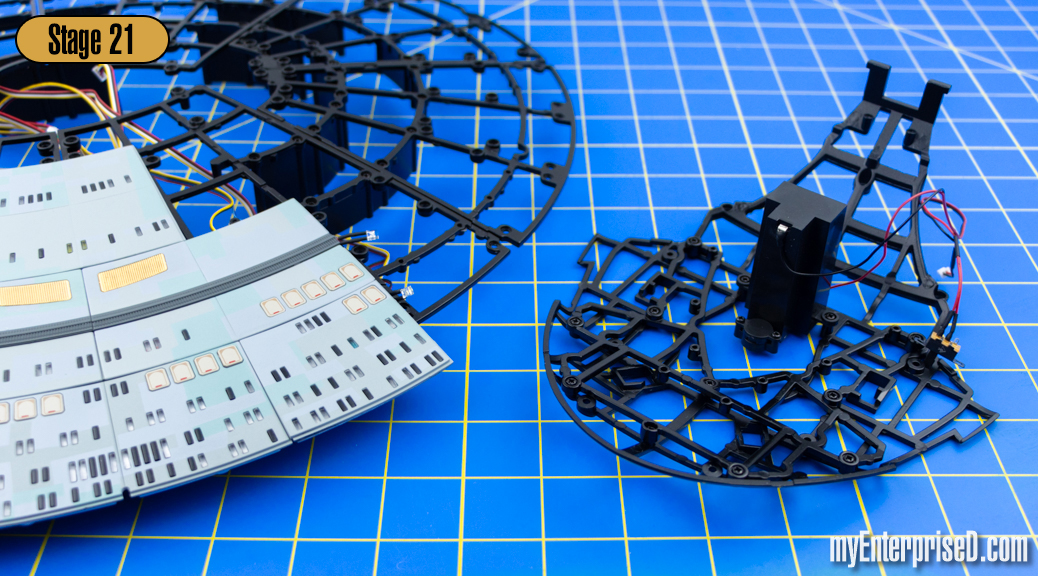 In Stage 21, another Deck Panel is built and installed as well as the new Battery Box! 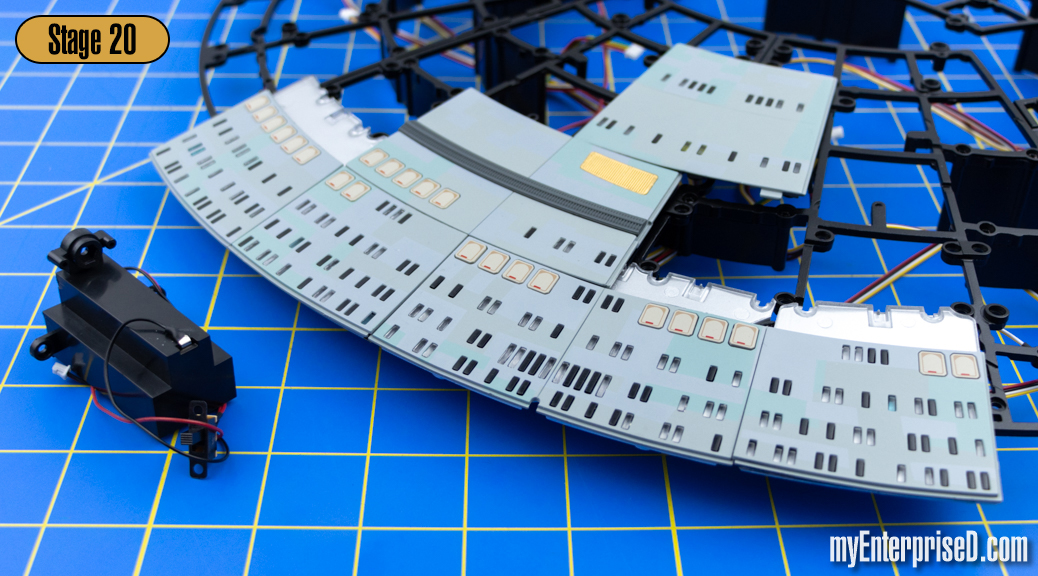 More panels are installed on the Upper Skeleton structure and another Battery Box arrives with Stage 20! 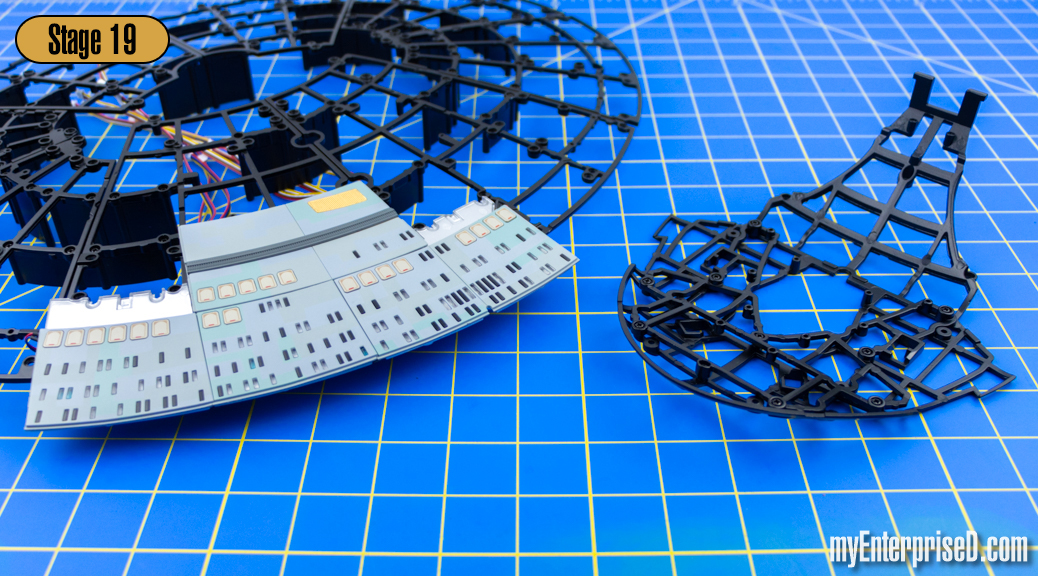 We begin Issue 6 by attaching our first Deck Panels to the saucer skeleton and expanding the Battle Section Skeleton in Stage 19! 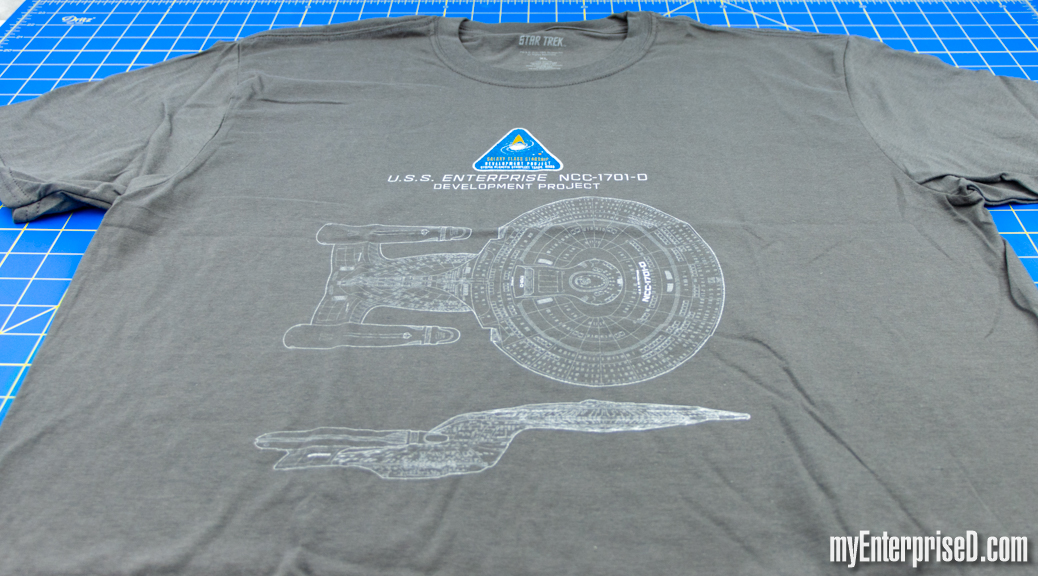 If you signed up for the subscription-based version of this Eaglemoss 1:900 scale U.S.S. Enterprise NCC-1701-D

partwork build-up, you will receive four FREE gifts along the way. The first gift was a Collector’s Binder, the second a Screw Box, but this third one is a T-shirt!

This heather-grey T-shirt is 100% cotton and has a full color silk-screen graphic on the front. When I heard about this gift, I called Eaglemoss and told them to send me a size XL and they did. I really like this gift! 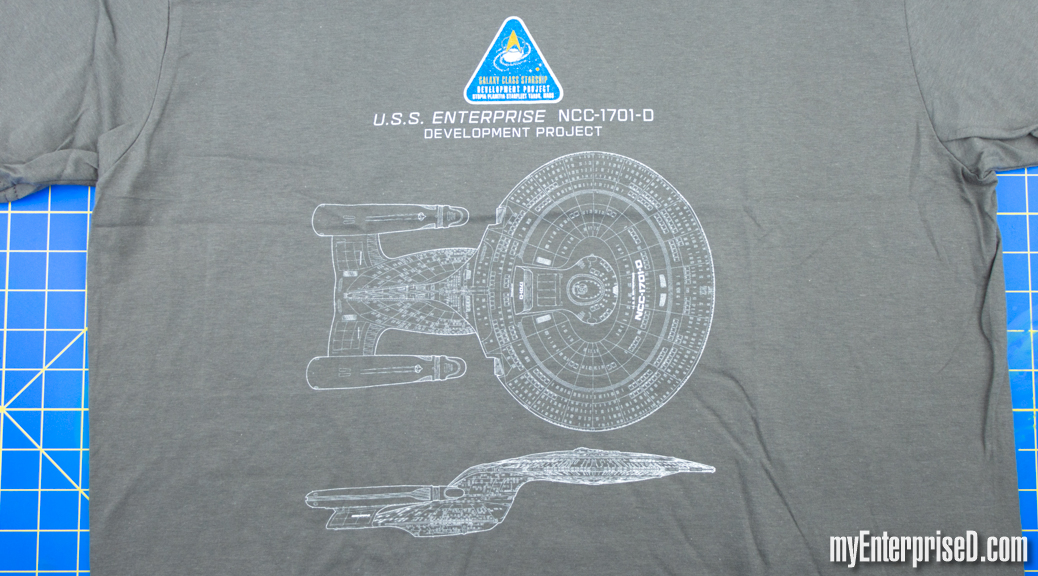 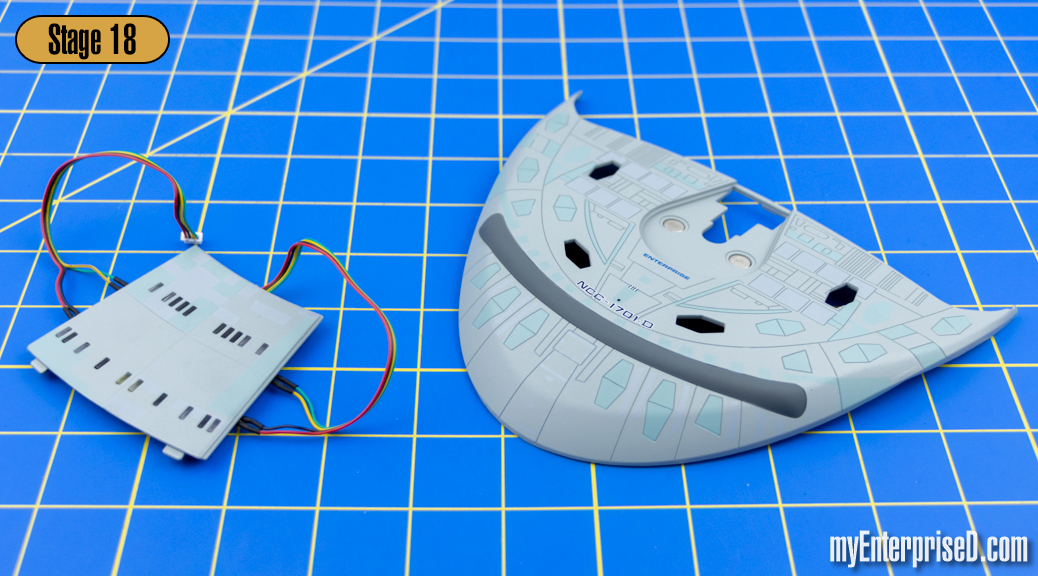 While we receive a huge chunk of the battle section in Stage 18, we are only building another Deck Panel this time! 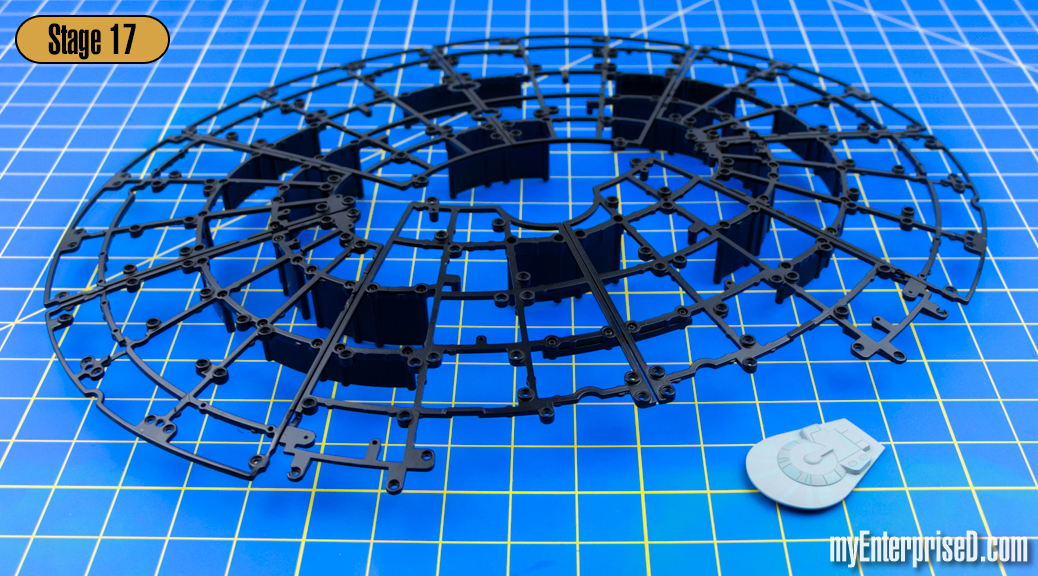 The final wedge of the Upper Skeleton is installed and we attach the Battle Bridge to Deck 8 in Stage 17! 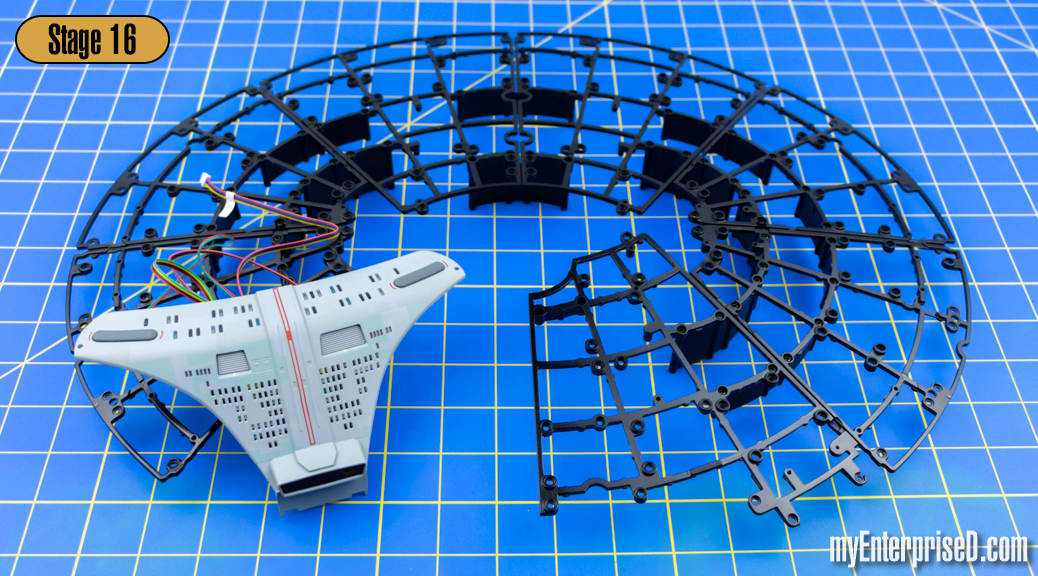 In Stage 16, we add the penultimate section of the Upper Skeleton and install our lower shuttlebay doors! 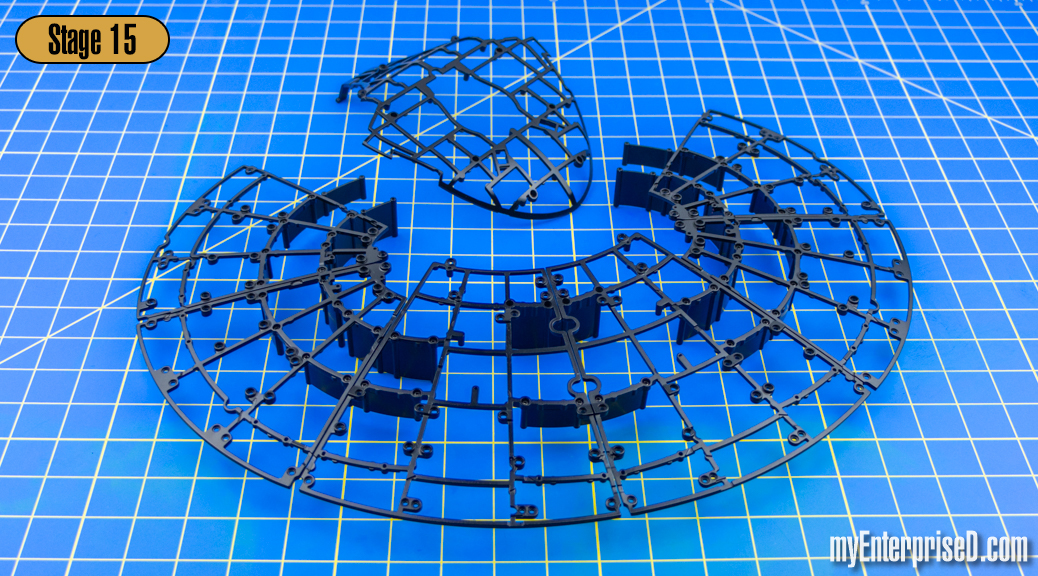 We add another set of Skeletal Supports to the saucer skeleton and receive the first skeleton of the battle section with Stage 15!