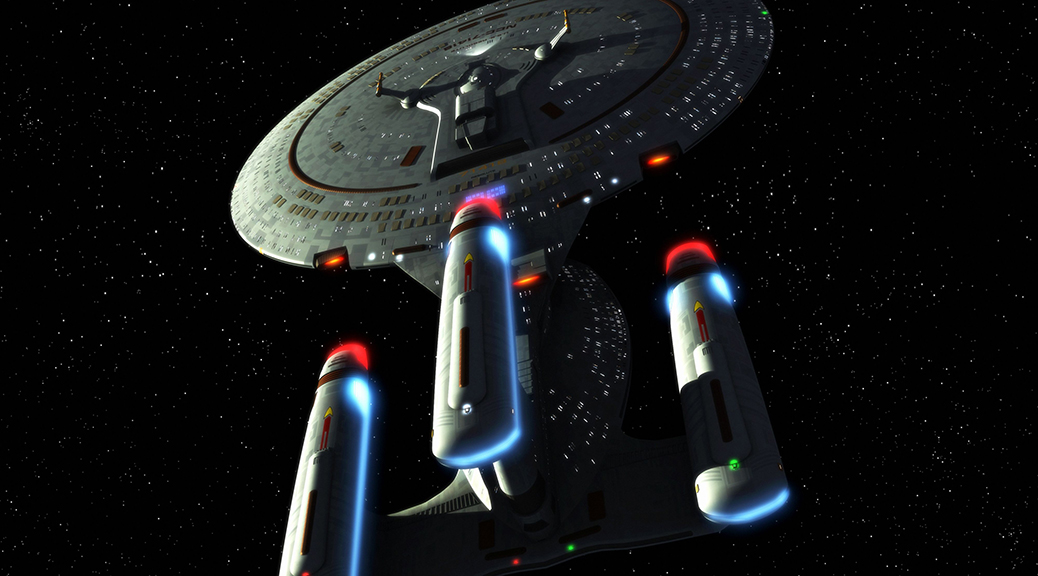 Back in September 1987, I remember sitting my teenage butt down on the floor in front of our Mitsubishi console color television to be part of a resurrection. After nearly two vacant decades, a live action Star Trek television series would be back on the air. While I had seen every episode of the original series, I could not wait to see this new futuristic world that would be Star Trek: The Next Generation!

I continued to tune in every week through all seven seasons. The actors were fantastic, the stories genuine, and the special effects were ahead of their time. I enjoyed the show so much, I bought the DVD box set of each season as they were released. Today, I have the entire series in the remastered HD Blu-Ray format and it is even better! I can re-watch my favorite episodes, laugh, cry, and embrace the characters all over again. But, throughout it all, my heart always belonged to the beauty that was the NCC-1701-D Galaxy class starship, U.S.S. Enterprise.

When I later discovered that Andrew Probert was instrumental in the design of this version of the famous starship, it made total sense. He was behind so many of my young fascinations including Battlestar Galactica, the Back to the Future DeLorean, Airwolf, and TRON. I’ve built a few different plastic models of the Enterprise D in my past and owned a few toy versions, but nothing like what we are building on this site.

I heard about this huge 1:900 scale U.S.S. Enterprise NCC-1701-D partwork model via Eaglemoss in March 2019 and eagerly signed up. Then, it was abruptly ‘cancelled’ and returned to the design department. It turns out that the feedback for the pre-order release was really bad. Star Trek fans quickly called out the lack of windows along the saucer rim, the incorrect deflector dish, and many, many other errors.

In March 2021, the build returned with many of these issues addressed and, I have to say, it looks a lot better: 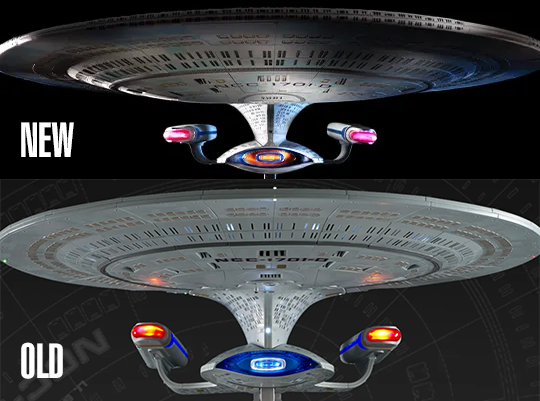 I am looking forward to completing this build and proudly displaying it in my collection. I also hope they extend the subscription at the end (like Eaglemoss tends to do) and we can convert our finished model into the amazing Dreadnought Enterprise D seen in this page’s header image. This was Riker’s ship in the series finale All Good Things and I feel it is the most insane of the Enterprises. Until then, I hope you all enjoy the ride and thank you for stopping by!

The Eaglemoss U.S.S. Enterprise is supposedly the best combination of all three in regards to colors and details.

Here are some stats about our model: 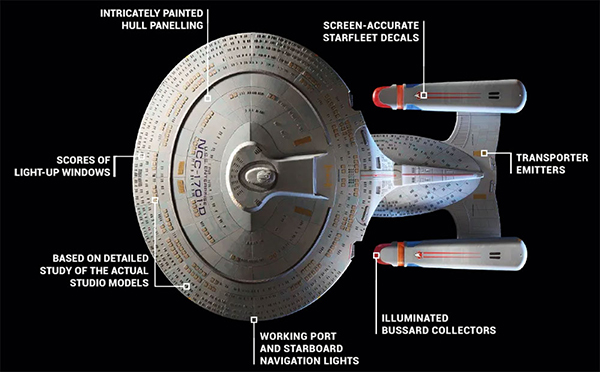 The weight of the completed sections of the model are as follows: