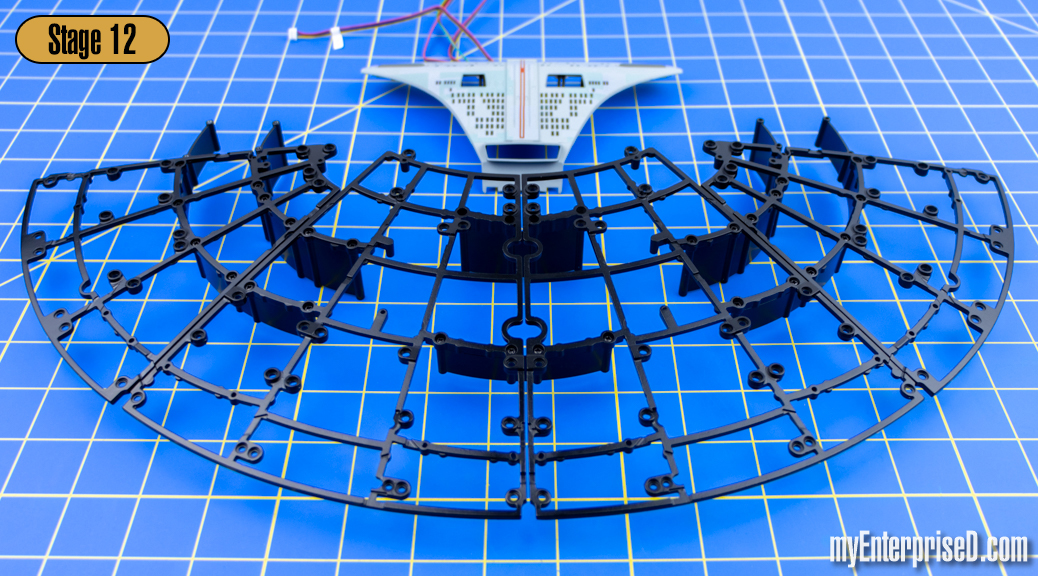 “As starboard windows and lights complement their portside equivalents from the previous stage, both banks of lookouts are illuminated for the first time.“

This stage should feel very familiar as we have done all of this before. 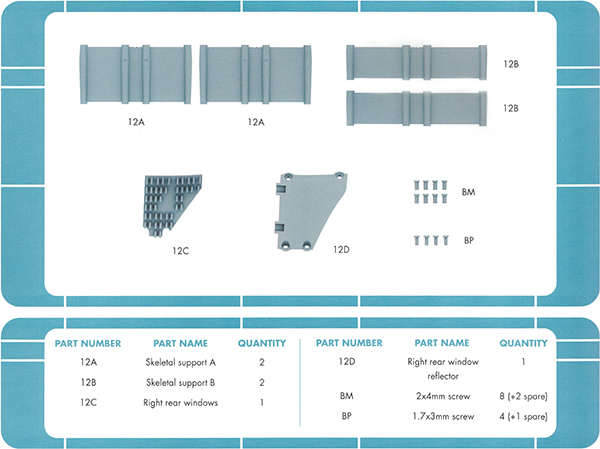 Materials: While the window parts are plastic, the Skeletal Supports are all metal.

As in the previous stage, I used a yellow and turquoise Sharpie brush marker to add some colors to the back of a few windows. The top row of windows was much warmer on the models, so I used yellow there. I also added more black to the dark sections to try and limit light bleed using a normal black Sharpie: 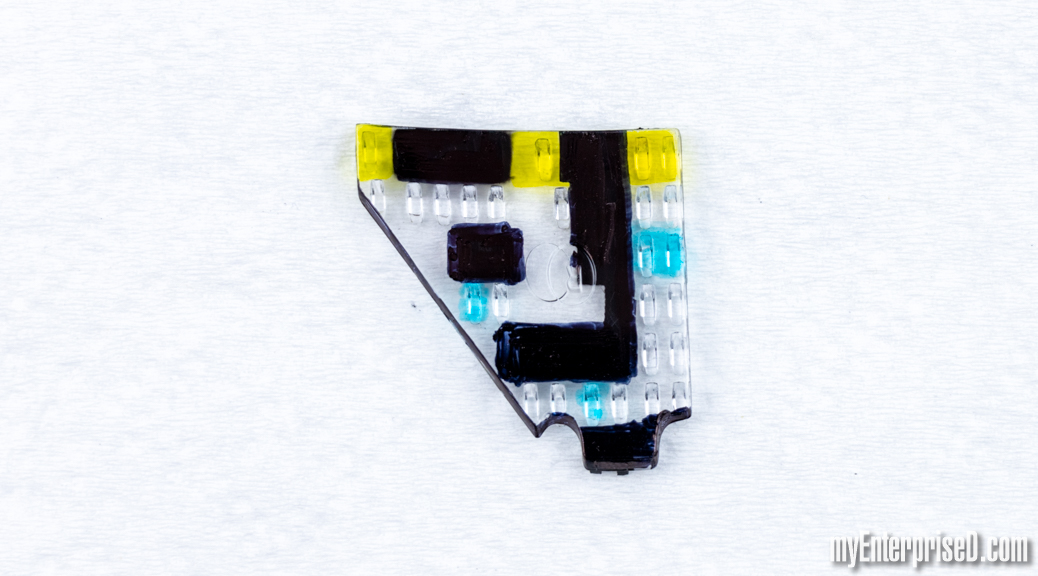 Retrieve your Battle Section Rear Neck assembly from the previous stage. Fit the Right Rear Windows into place as shown: 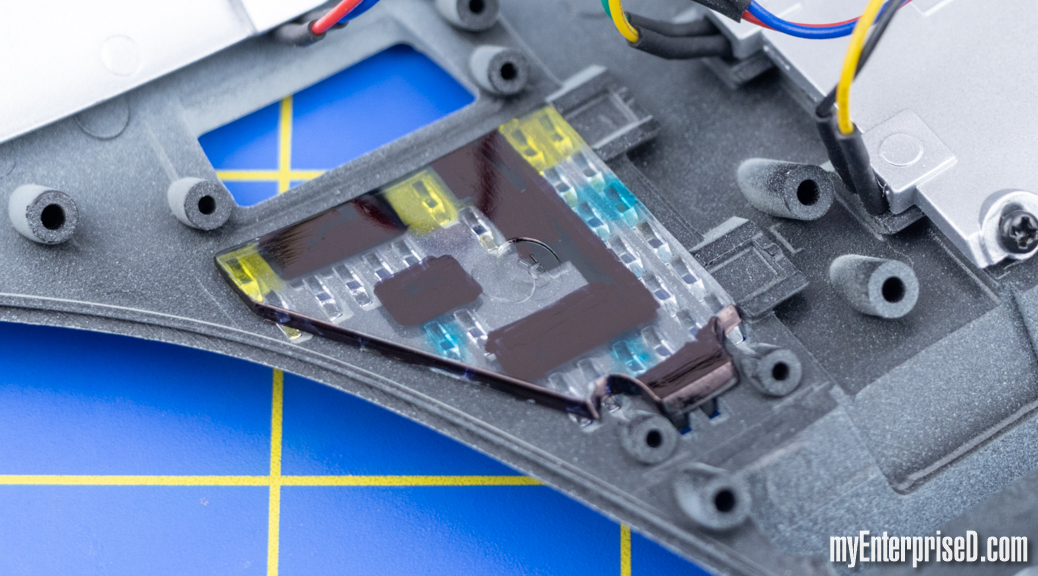 Adding to the Window Light Connections

Find the LED on the end of the red/blue wires of the Rear Window Light II (11E) cable. Carefully bend the leads of the LED at a 90° angle: 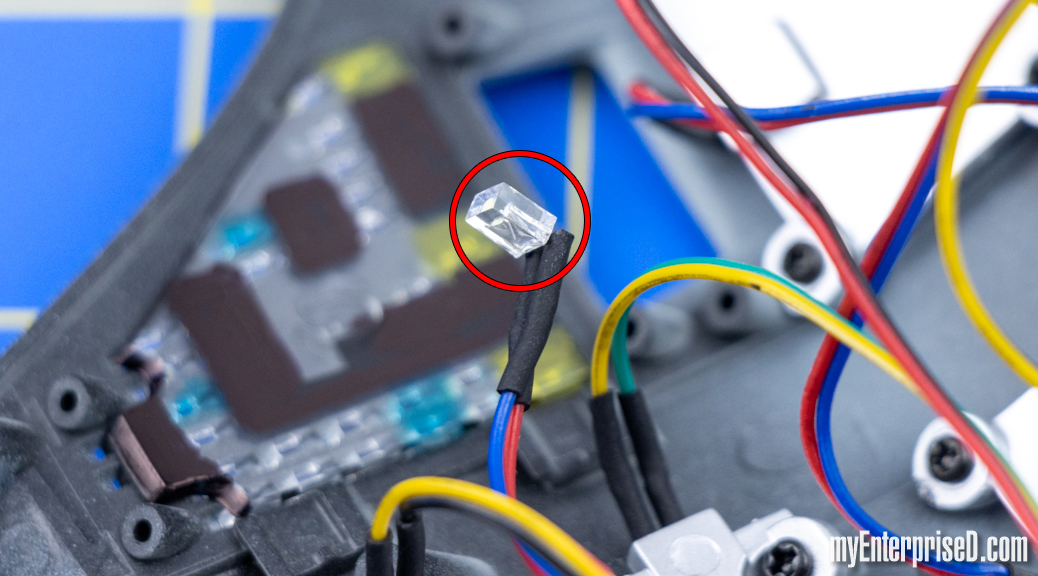 Fit this bent LED into this lower square recess as shown, next to the windows we just installed. 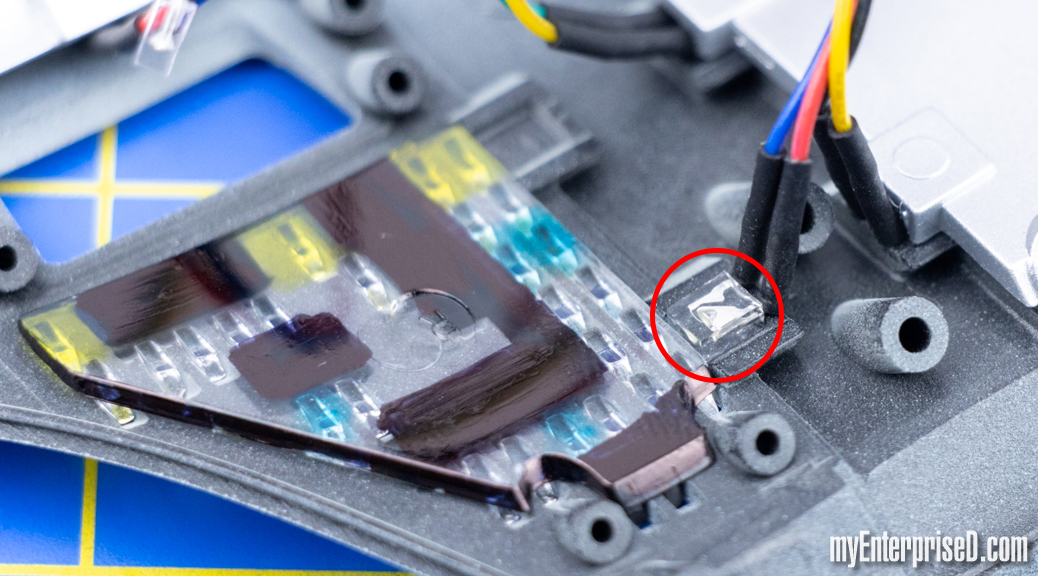 Fit the LED with the red/black wires on the other Rear Window Light I (11D) cable into the nearby upper square recess, as shown.

Due to the close proximity to the opposite LED, I had to bend the leads up on this LED as well to get them both to fit correctly: 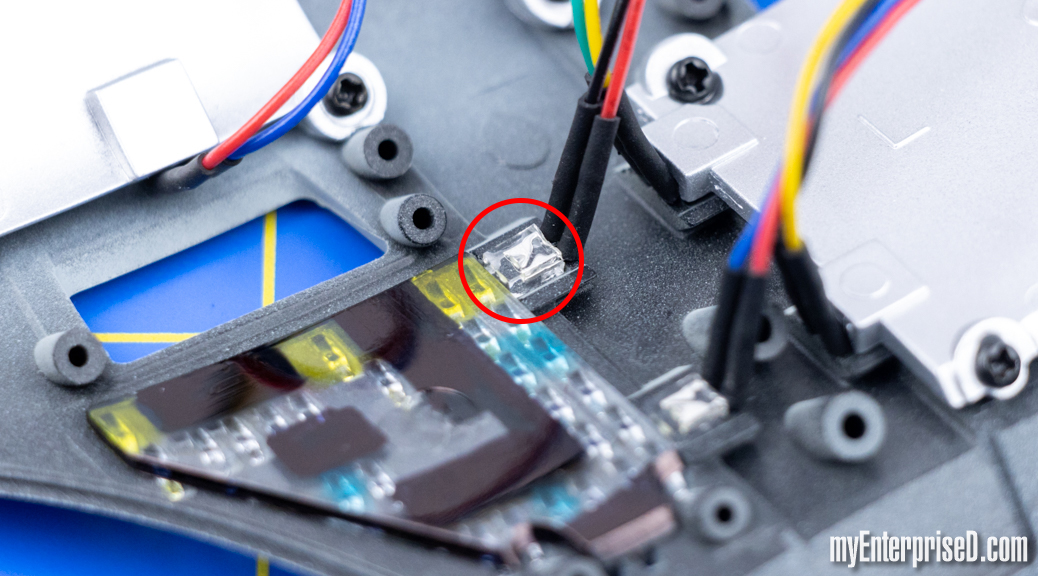 Securing and Positioning the Window Lights 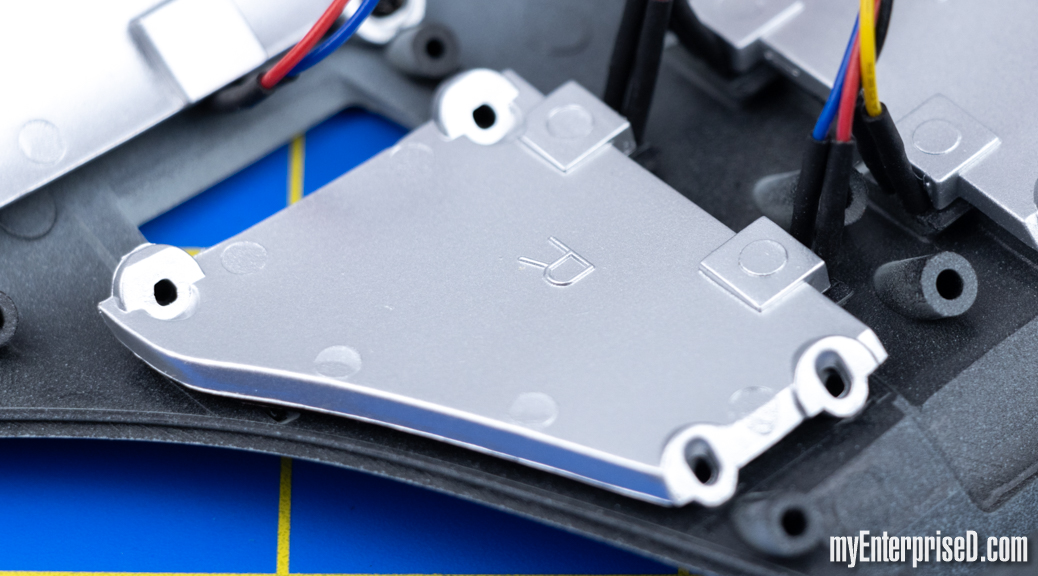 Secure this reflector down with four (4) BP screws. Two go in at the top… 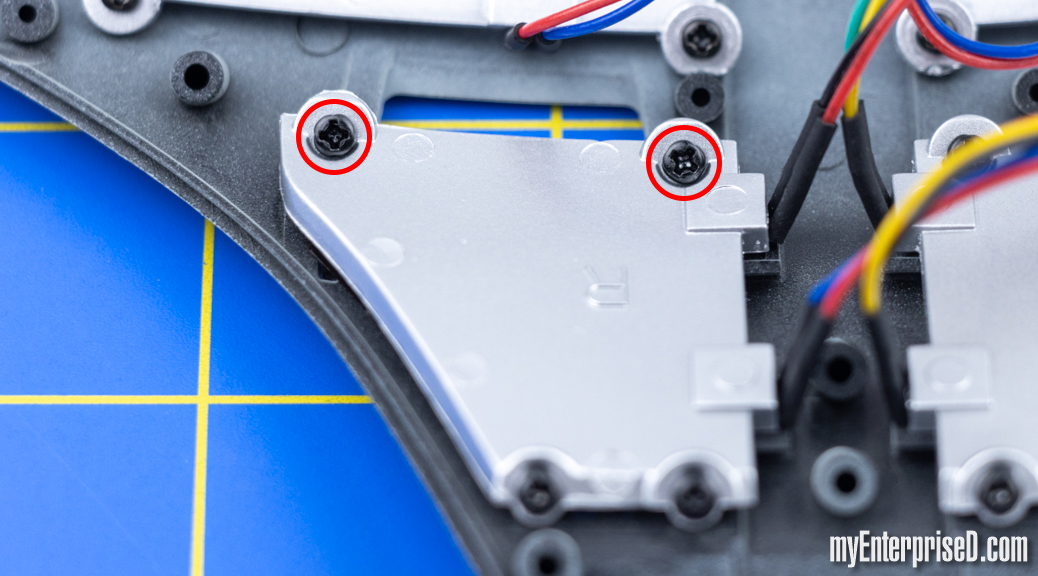 … and two at the bottom: 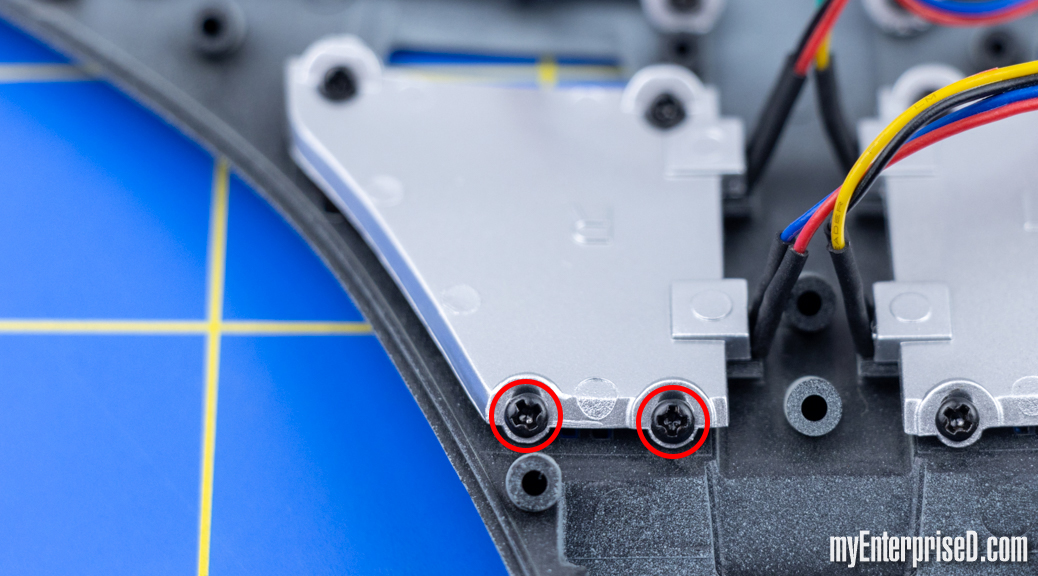 Finally, gently bend the cables from all four of these LEDs up towards the top of the Battle Section Rear Neck, as shown.

It turns out that we will have to re-bend these cables to fit this assembly to the skeleton later on, so just skip this step for now: 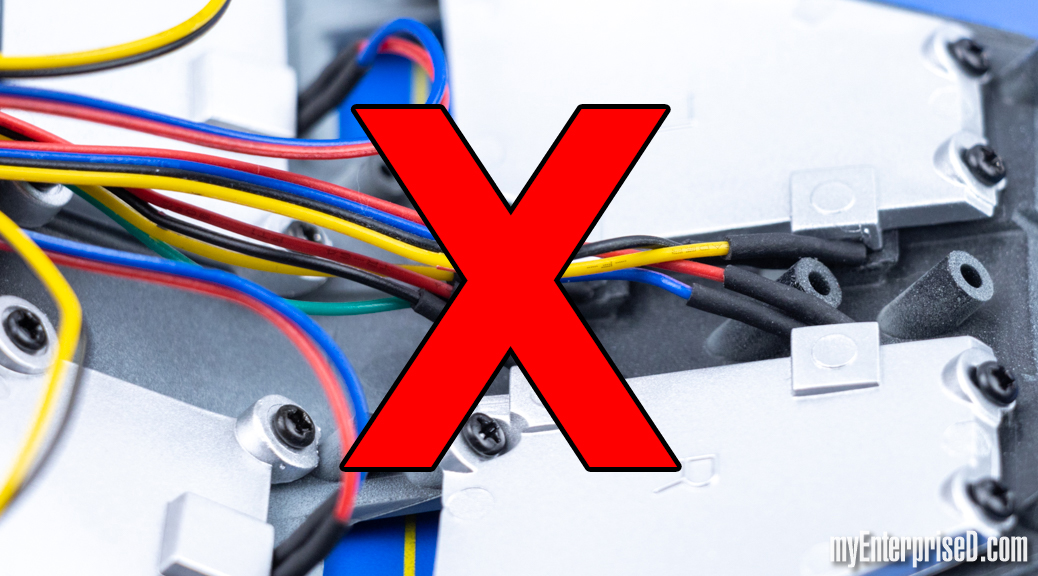 Retrieve your Battery Box and PCB. Connect the four (4) 4-pin plugs from the Battle Section Rear Neck lighting cables to the 4-pin sockets on the PCB. Then, connect the Battery Box to the 2-pin socket marked ‘F’. 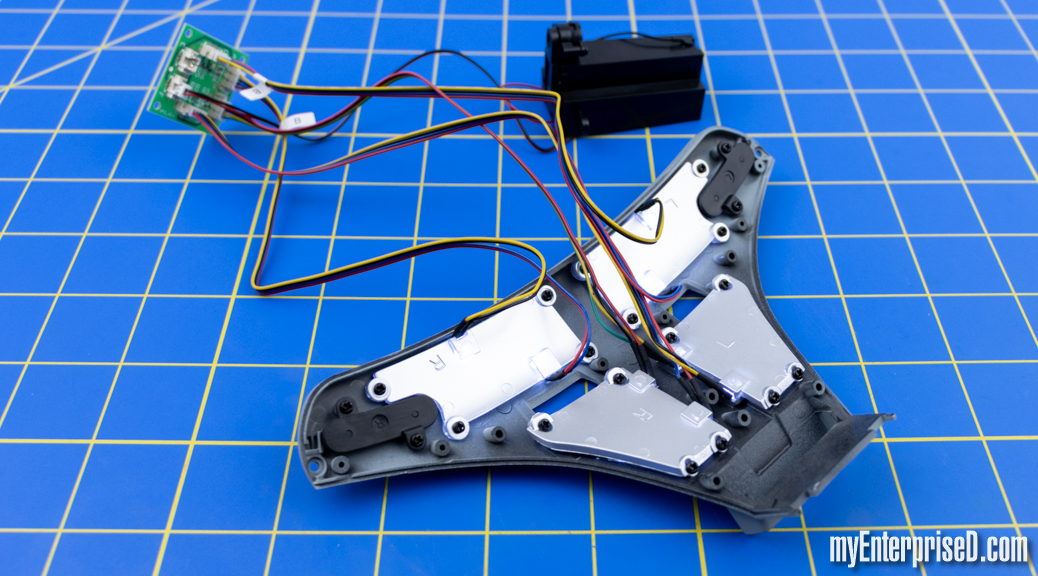 I took this picture with my phone as the studio lights are too bright. Still, it shows all of our LEDs and colors working as expected: 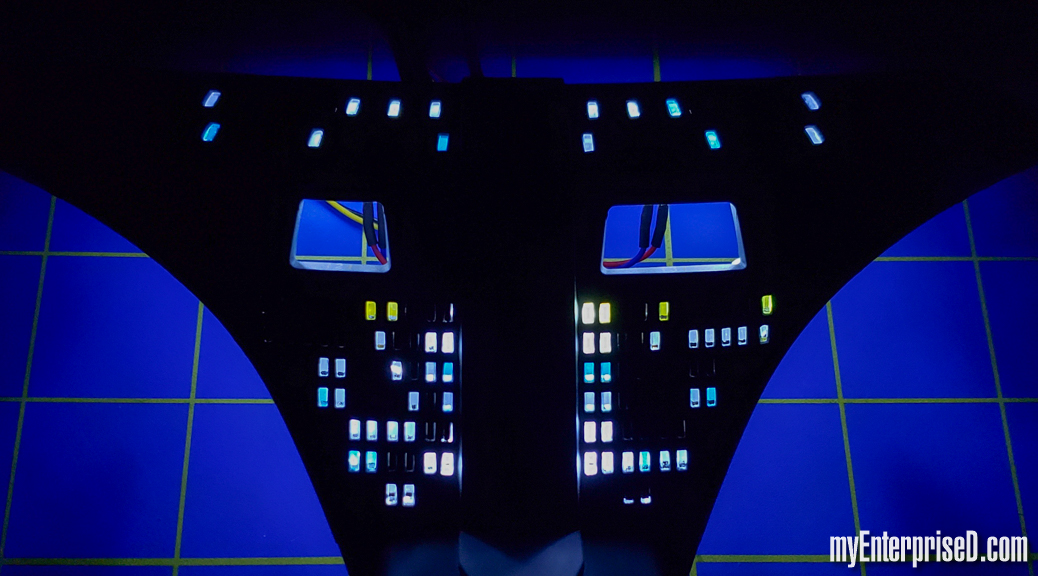 Adding to the Skeletal Supports

As I have mentioned before, I recommend pre-threading the holes in these Skeletal Supports: 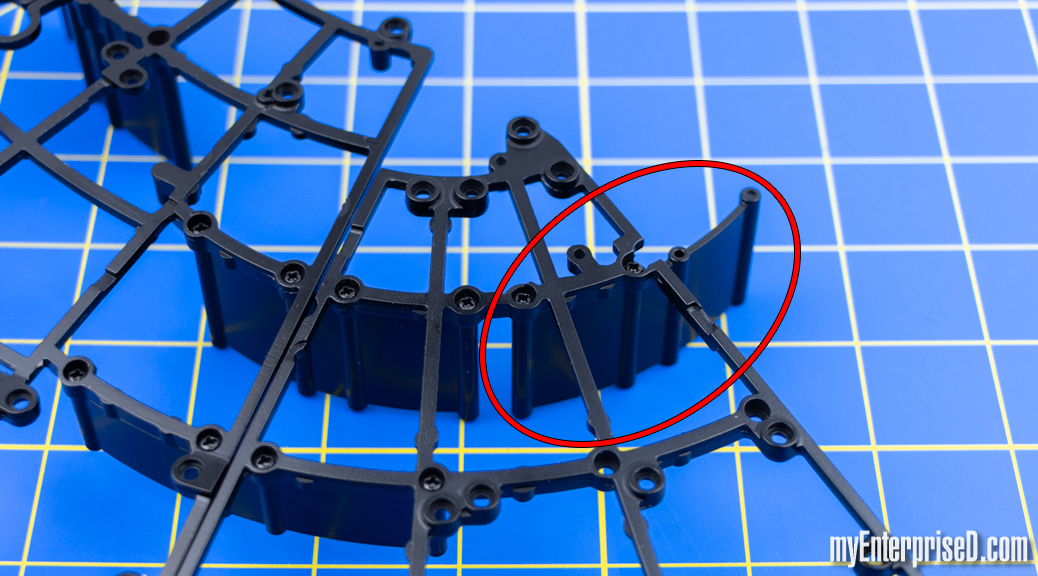 Secure this Skeletal Support A to the Upper Skeleton using two (2) BM screws. 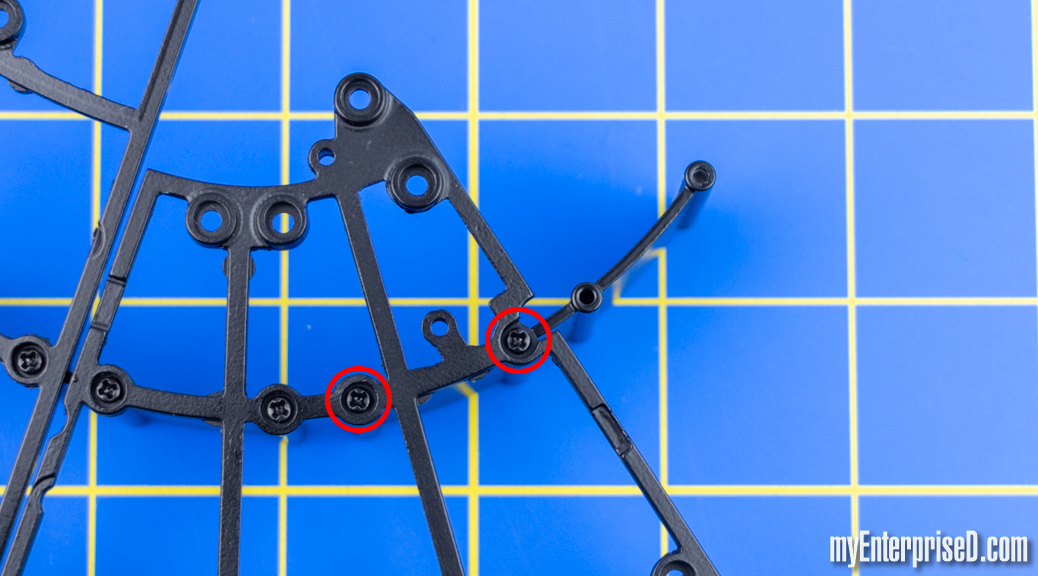 Sadly, I missed taking a close up of the screws here, but this is the same process as we have been doing for a while now: 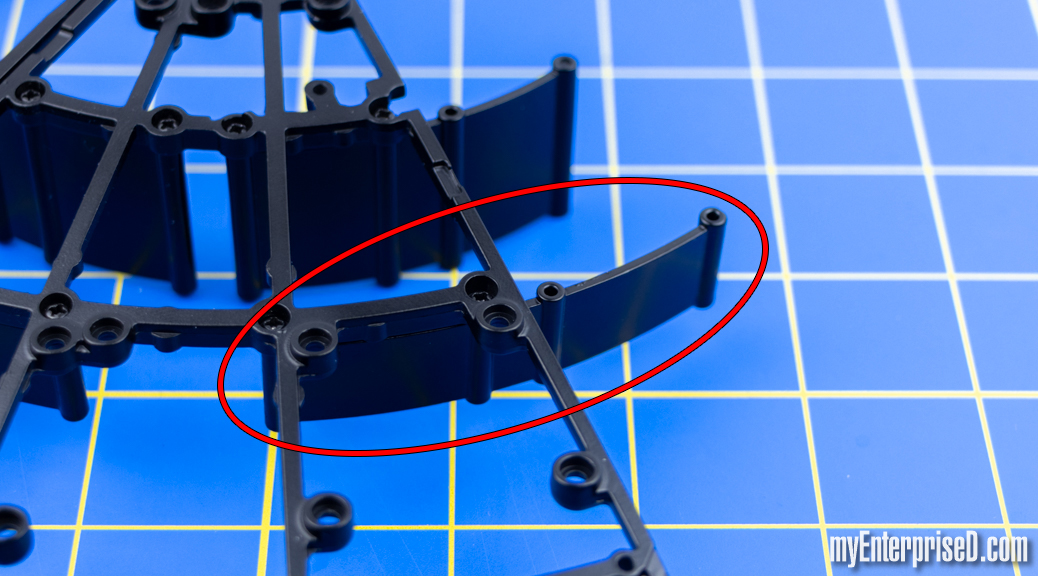 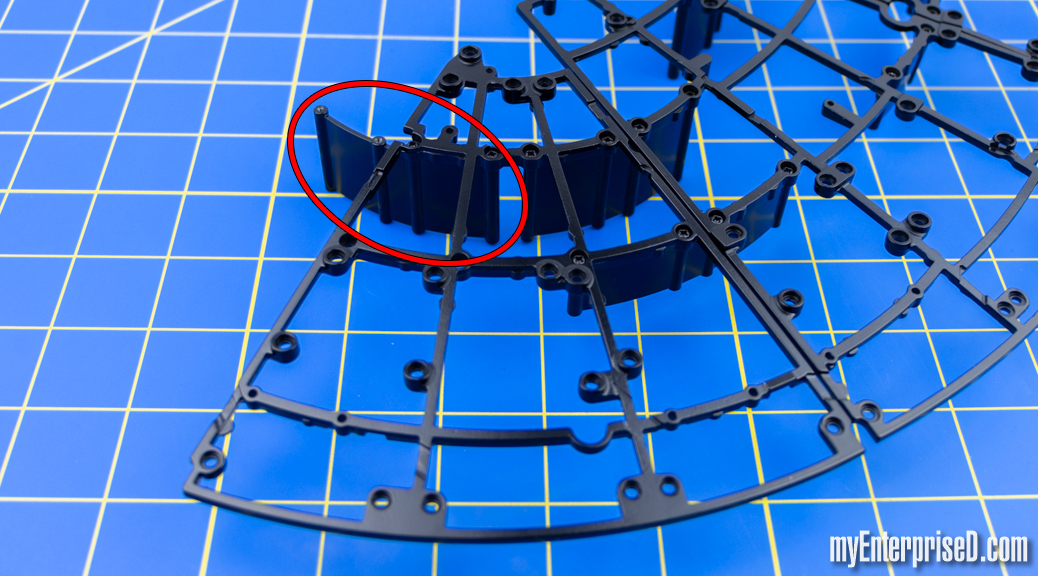 Secure this Skeletal Support A to the Upper Skeleton using two (2) BM screws: 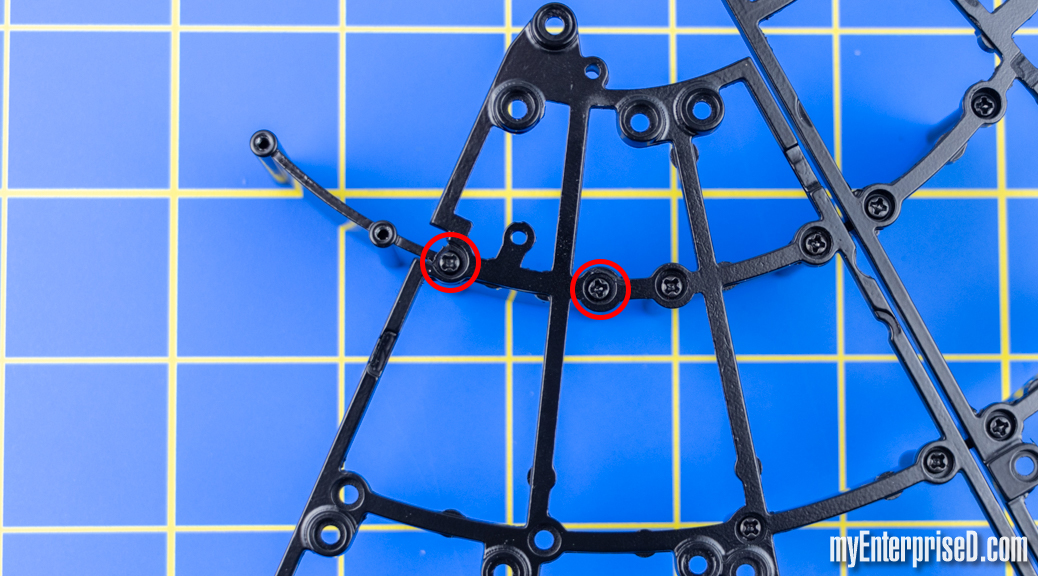 Finally, fit the remaining smaller Skeletal Support B to this location on the right underside of the Upper Skeleton assembly, as shown: 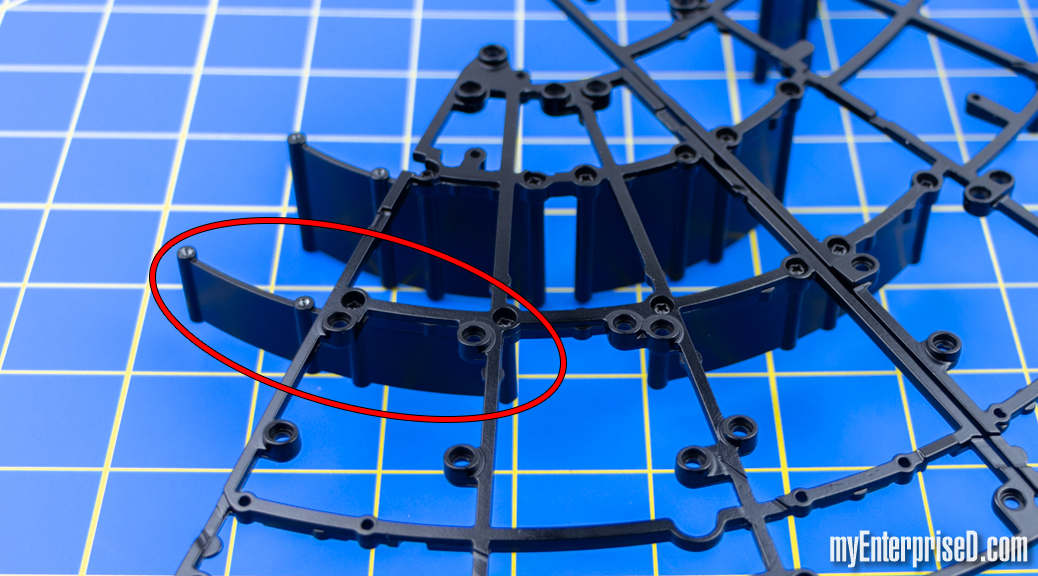 Secure this Skeletal Support B to the Upper Skeleton assembly with (2) more BM screws: 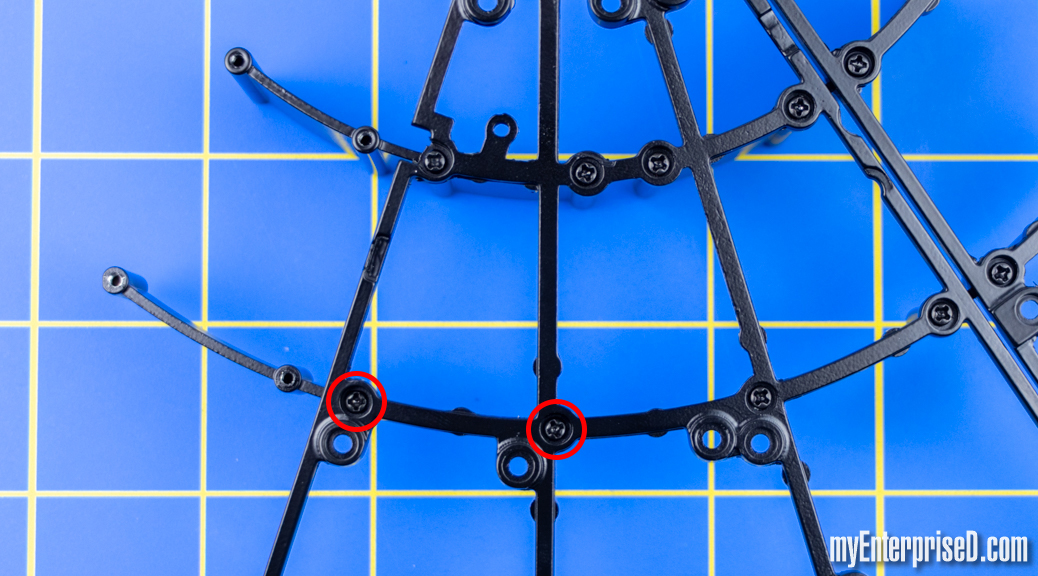 It just keeps getting bigger and bigger, that is all I have to say!