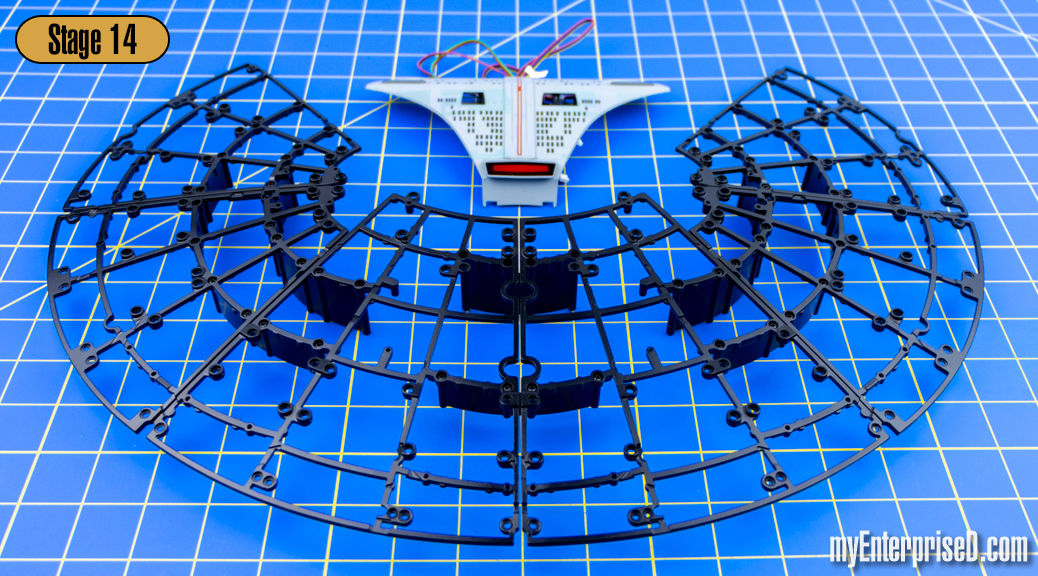 “Another addition to the saucer skeleton makes its iconic shape unmistakable, before the powerful main impulse engine glows red for the very first time.“ 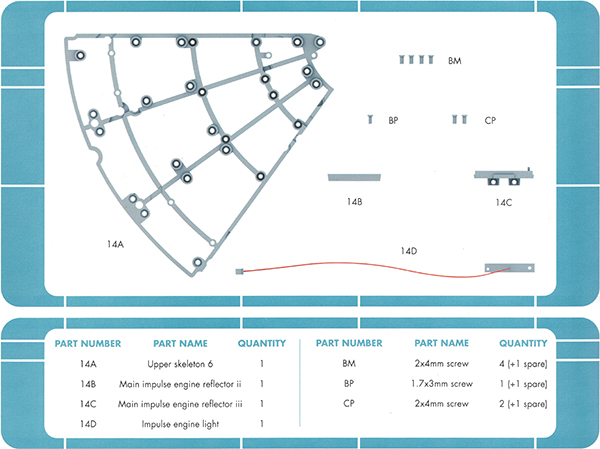 Materials: The Upper Skeleton is metal and the non-electronic Impulse Engine parts are plastic. 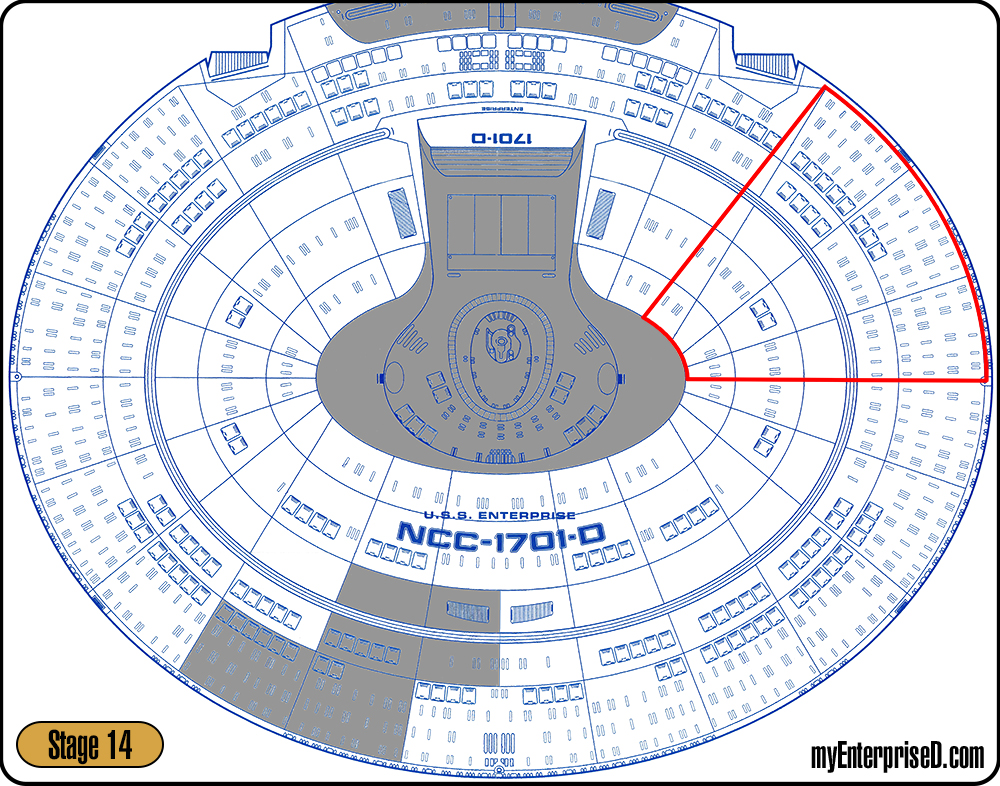 Retrieve your Skeleton assembly from the previous stage and fit the Upper Skeleton 2 to this location on the left rear side of it: 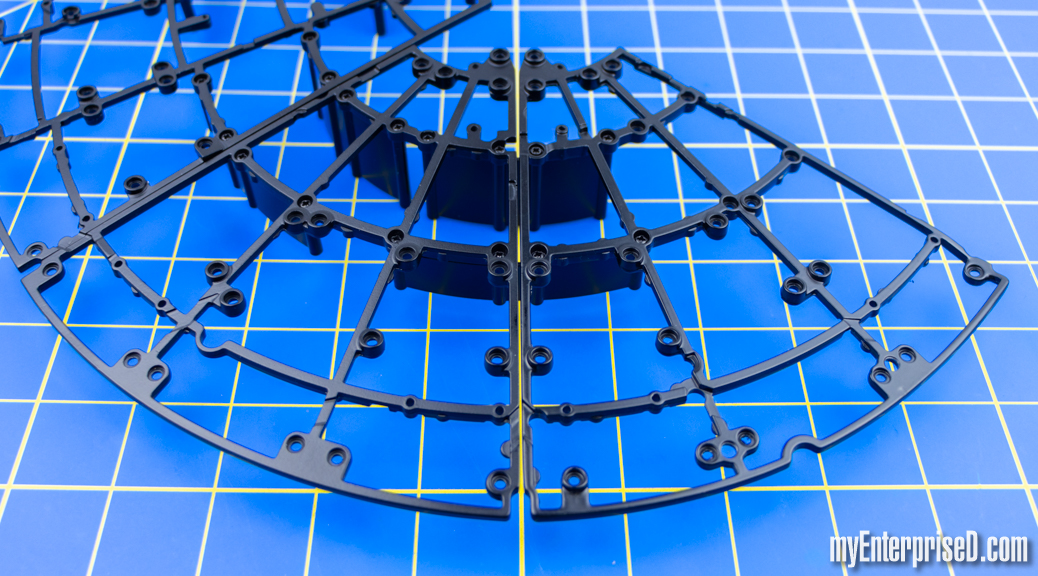 Secure this Upper Skeleton 2 to the two Skeletal Supports below with four (4) BM screws. 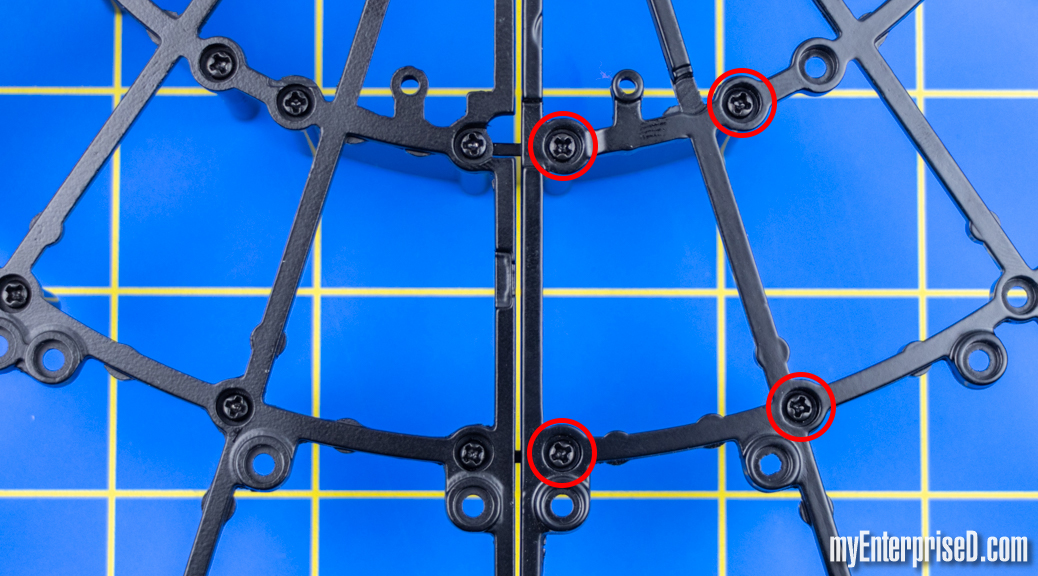 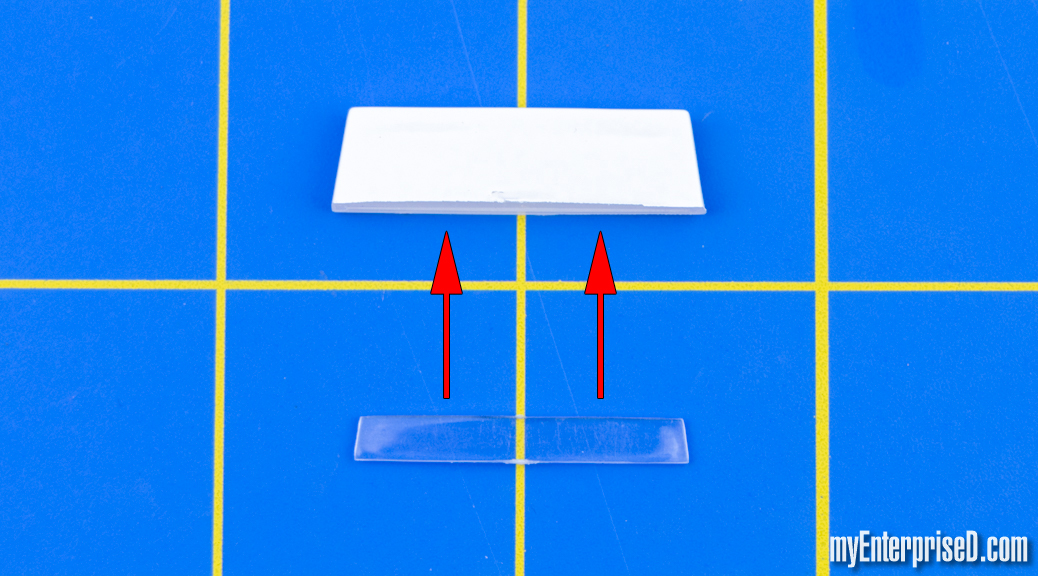 This Main Impulse Engine Reflector II should be pushed all the way in until it is flush: 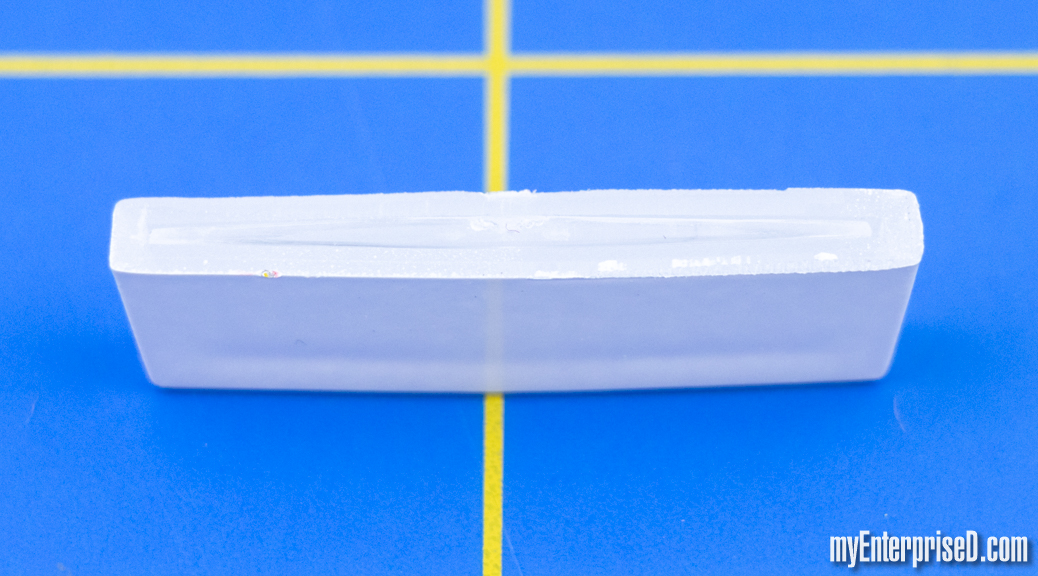 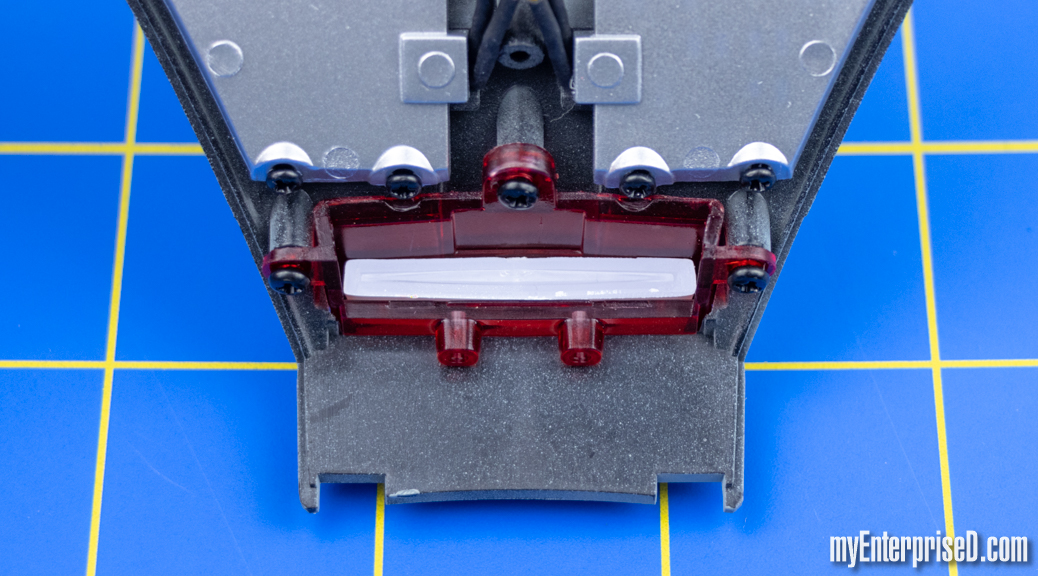 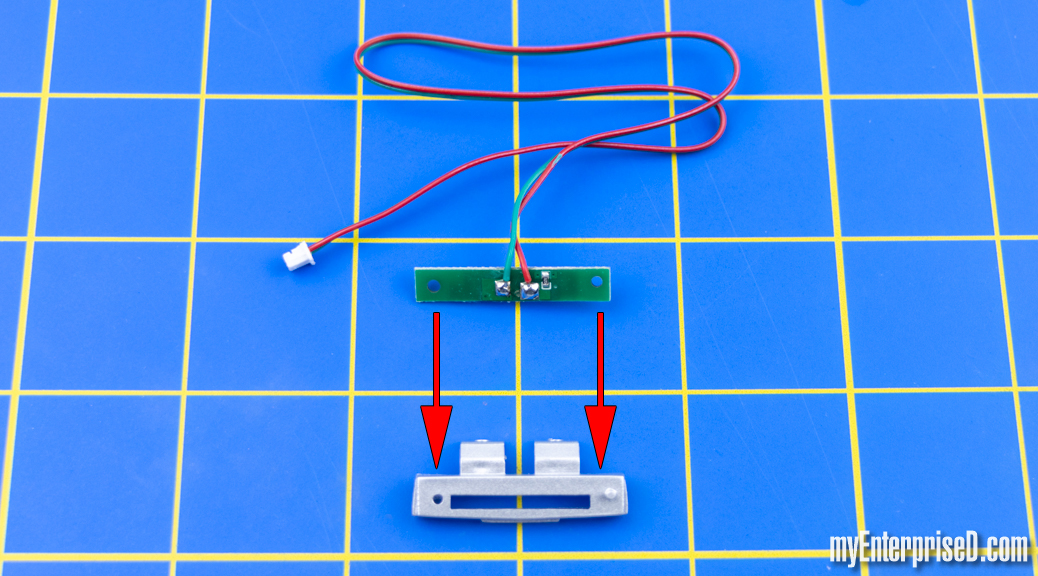 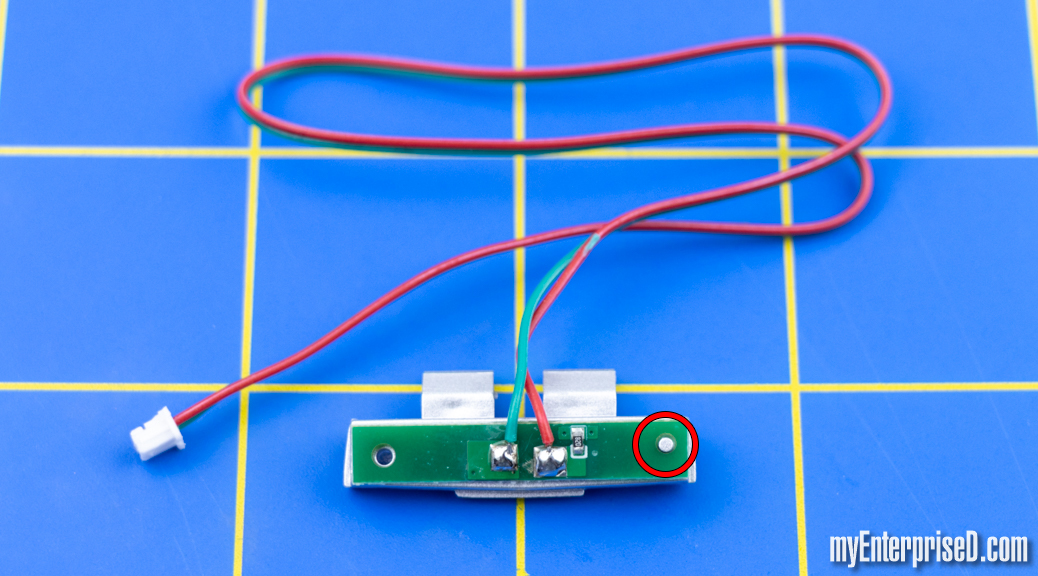 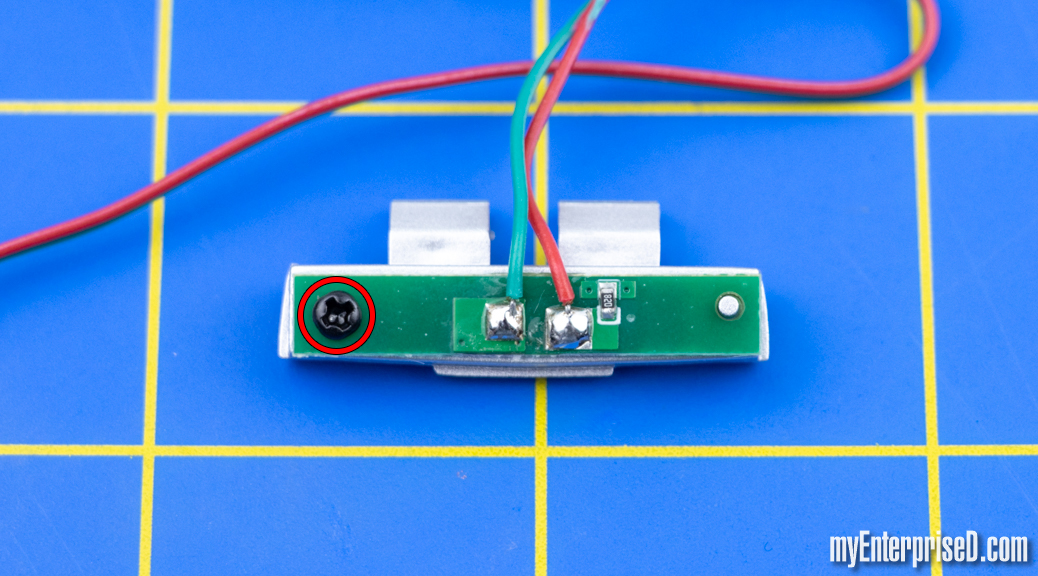 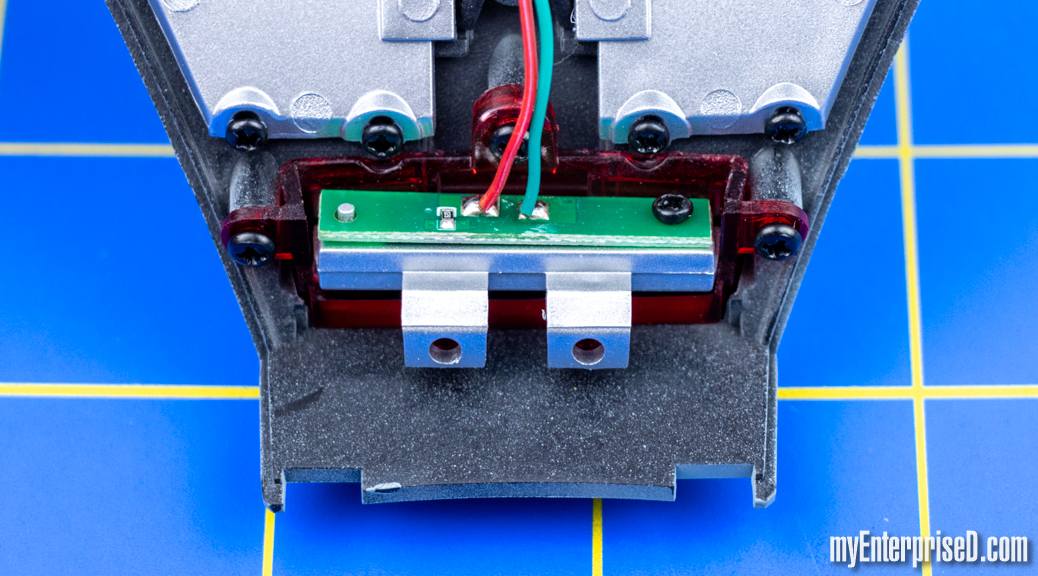 I didn’t like that the pin side of this Main Impulse Light circuit board had a gap, so I used a drop of super glue to seal it down: 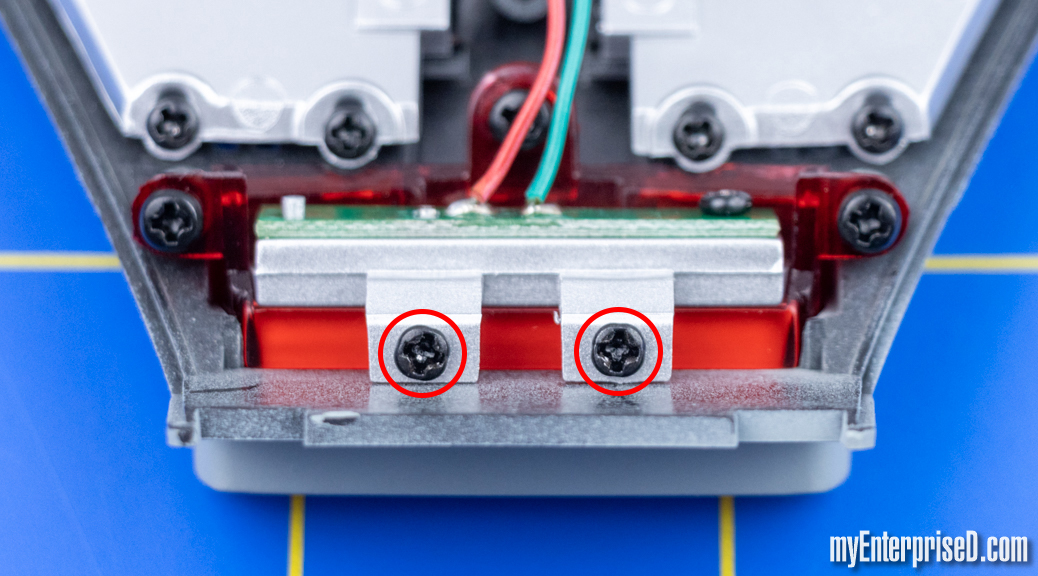 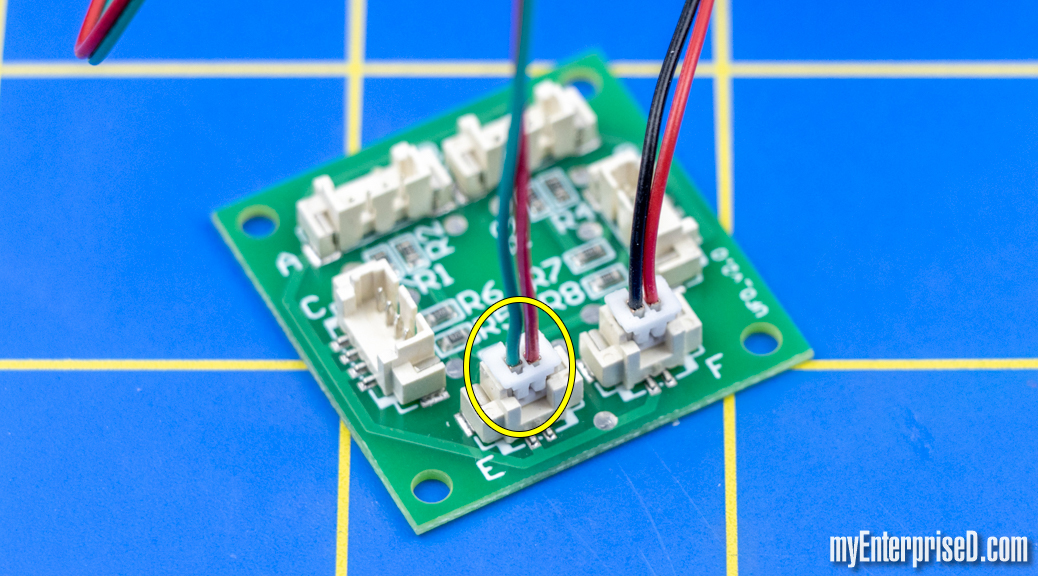 This should light up the red LEDs of the Main Impulse Engine Light. Here, we can see the impulse engine in the off and on states: 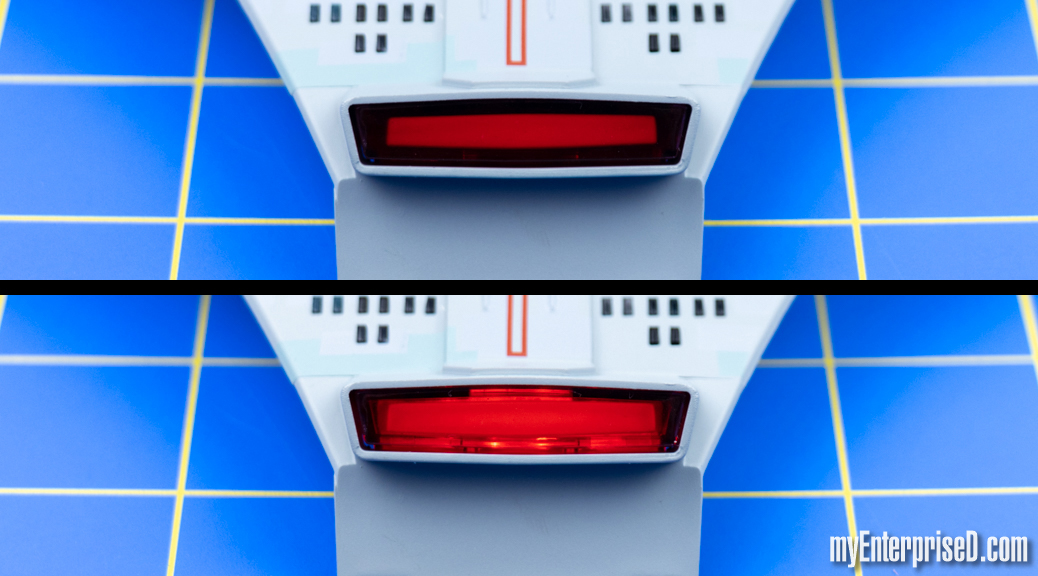 UPDATE: After this stage was finished and before starting on Stage 16, I came back and painted the exhaust of the Main Impulse Engine with Tamiya X-19 Smoke acrylic paint. It was bugging me that it was so ‘red’ when not powered up, so this darkened it down nicely. The pictures you will see between this stage and Stage 16 will not reflect this change: 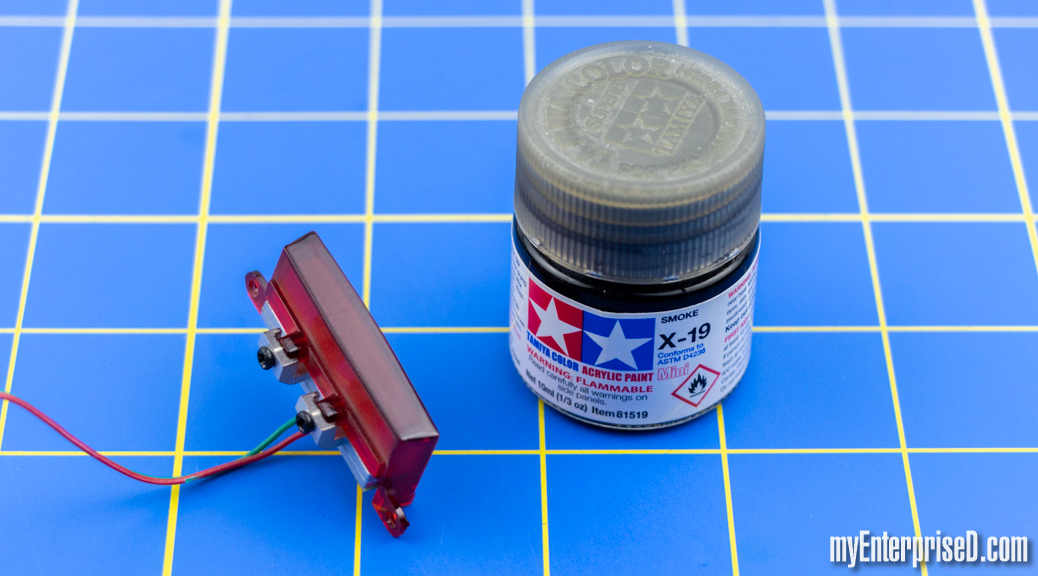 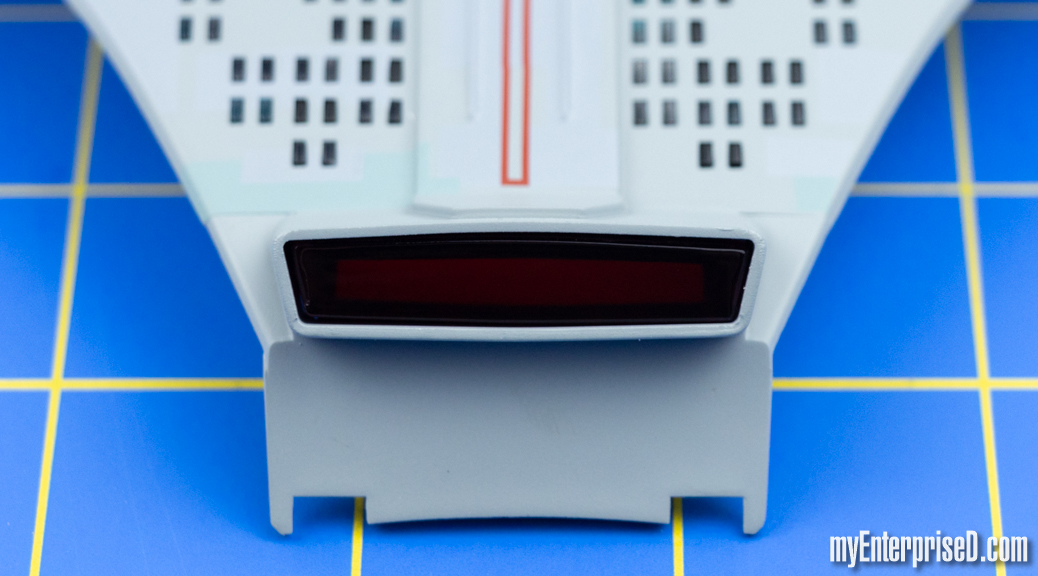 If I haven’t said it before, I actually enjoy the electronics and lighting parts of these model builds. I just hope we can control the various lighting separately and not just one switch for everything.