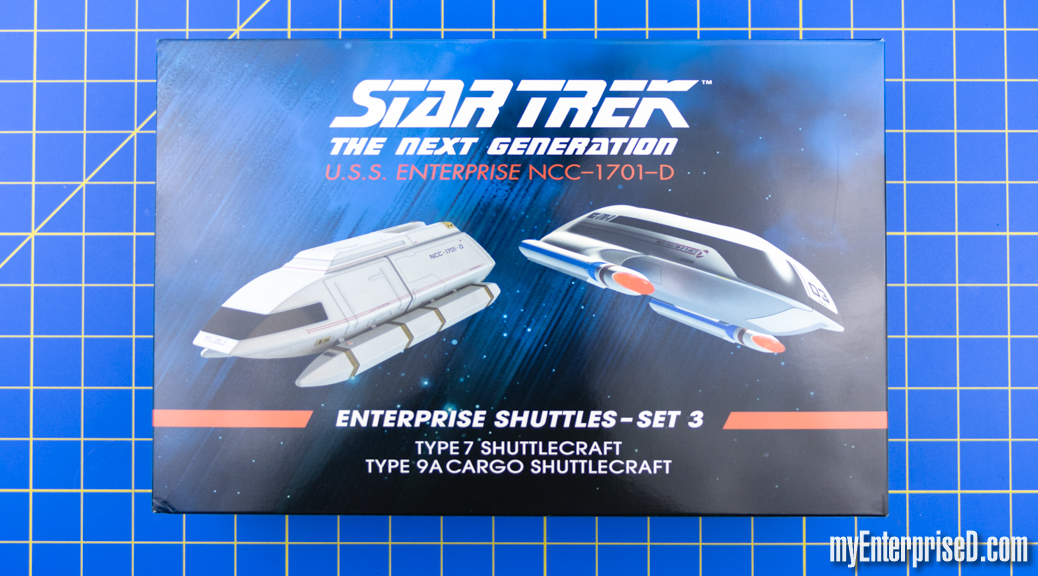 Throughout the subscription build of their 1:900 scale U.S.S. Enterprise NCC-1701-D model, Eaglemoss offered various ‘Special Issues’. An opt-out email was typically sent in advance, but these specials were automatically sent and were billed in addition to the monthly subscription if no action was taken. 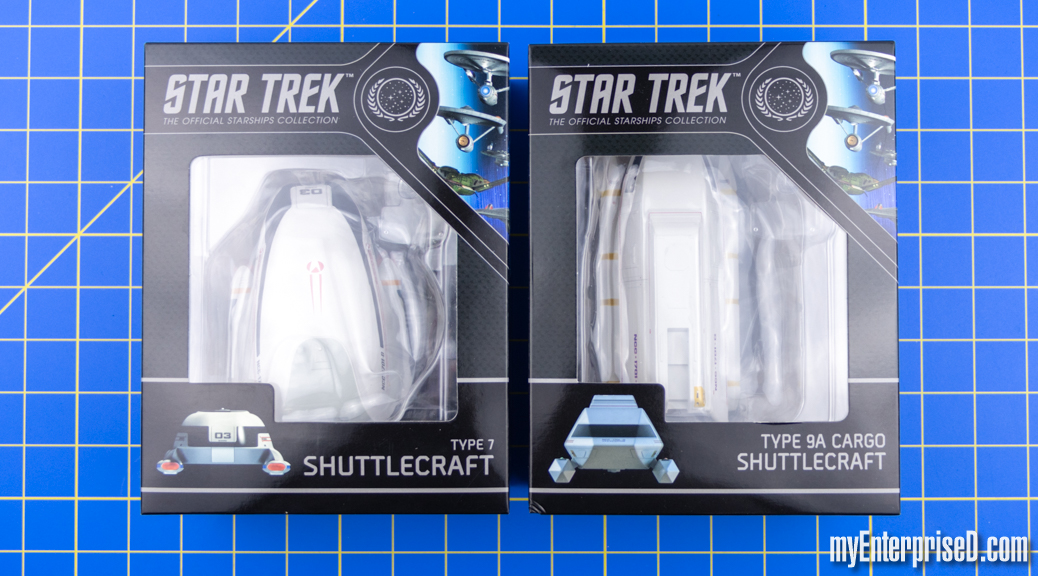 “Intended as a short to medium range shuttle, the Type 7 Shuttlecraft was equipped with warp drive and capable of interstellar travel. Typically operated by a crew of two, the rear of the shuttle also offered seating for passengers. Usually, a Type 7 would carry no armaments, and had only minimal deflector shield defenses.” 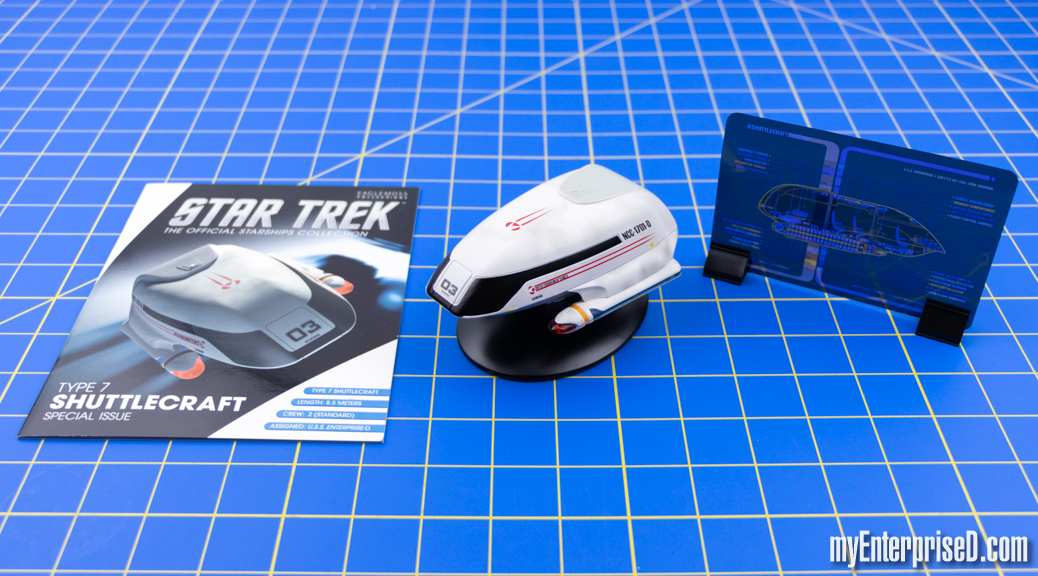 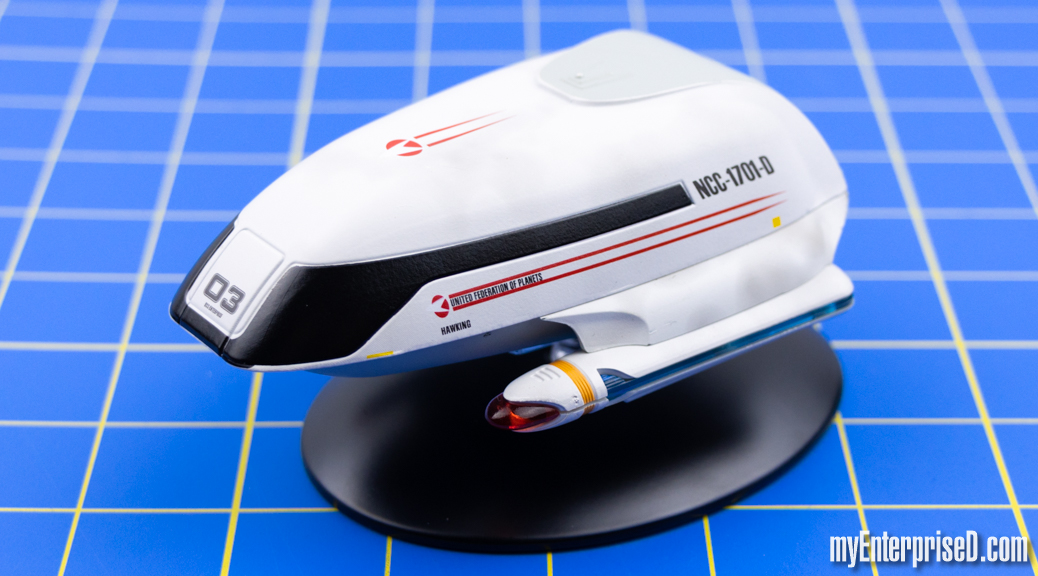 Eaglemoss misspelled Enterprise on the rear of this shuttle – how did that happen? 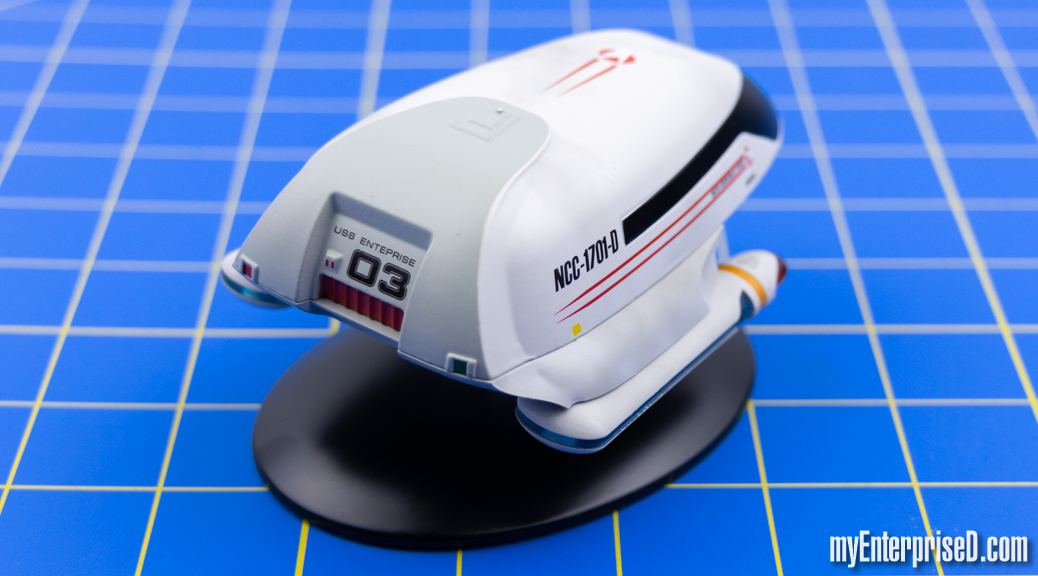 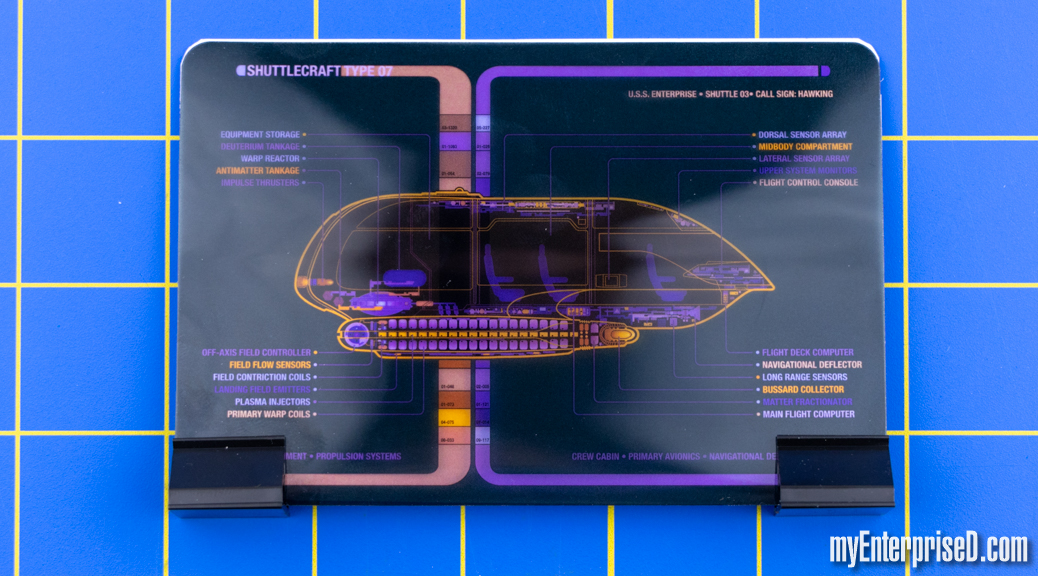 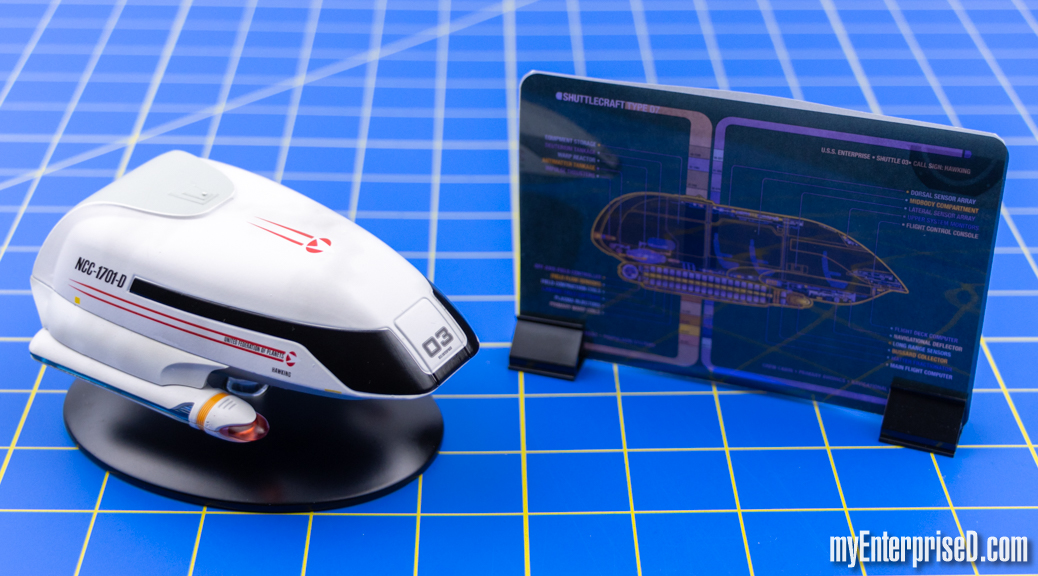 “The Type 9A was 10.5 meters long, 4.2 meters wide, and had a height of 3.6 meters. The unarmed, standard version of the 9A was powered by two, 150 millicochrane warp engines and could maintain a cruising speed of warp 2 for 36 hours.” 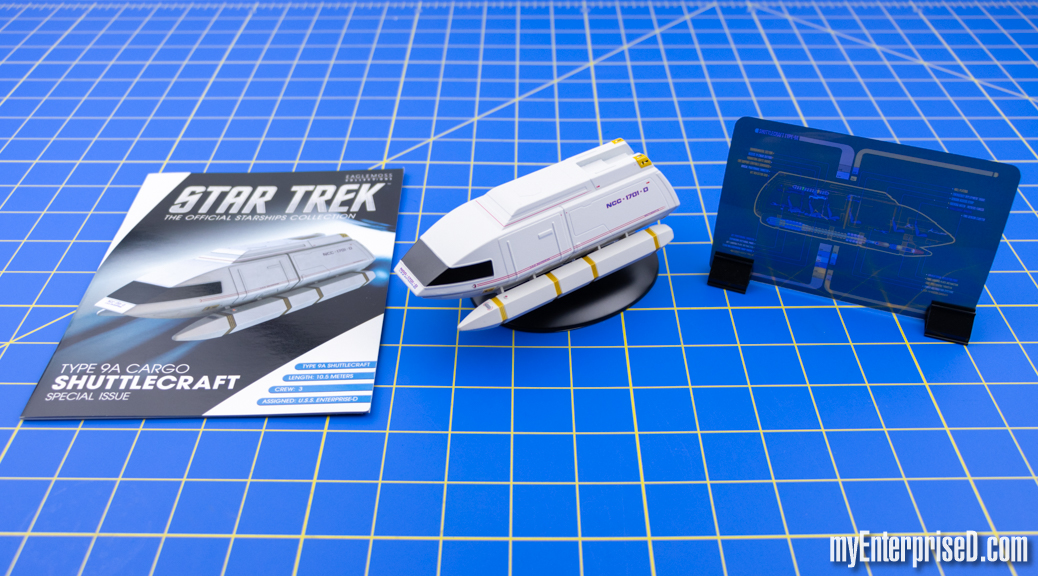 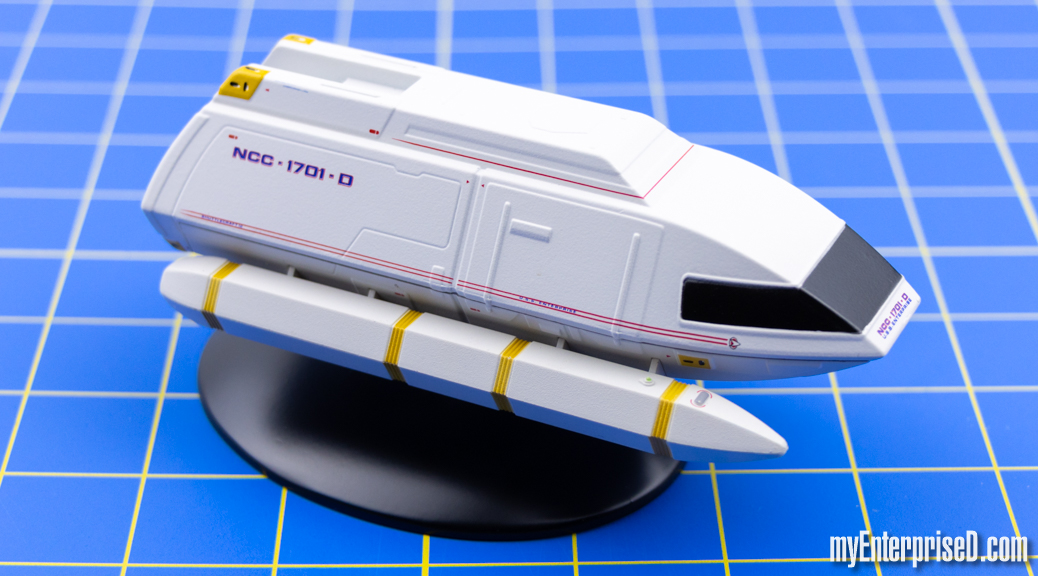 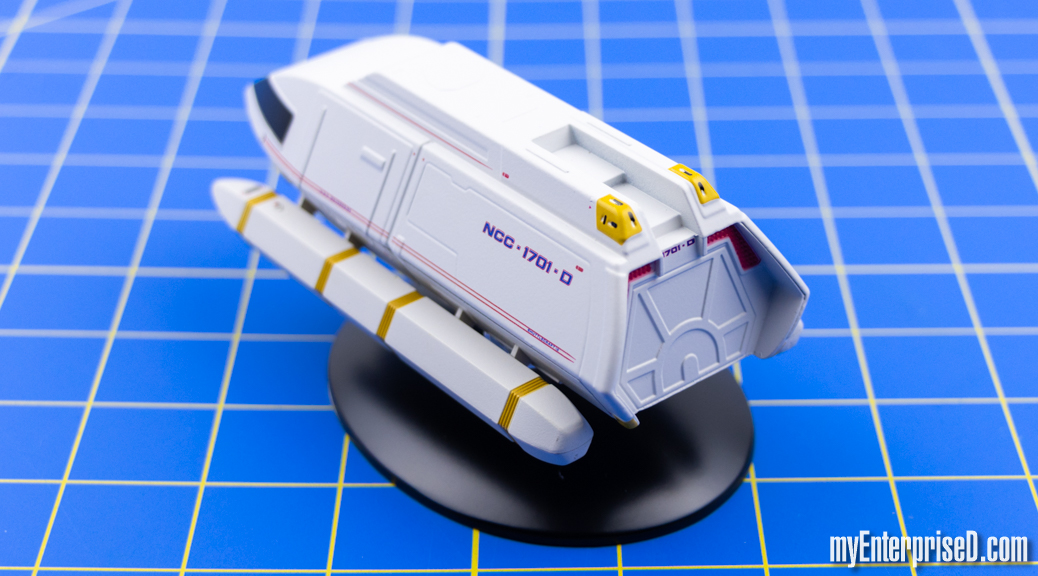 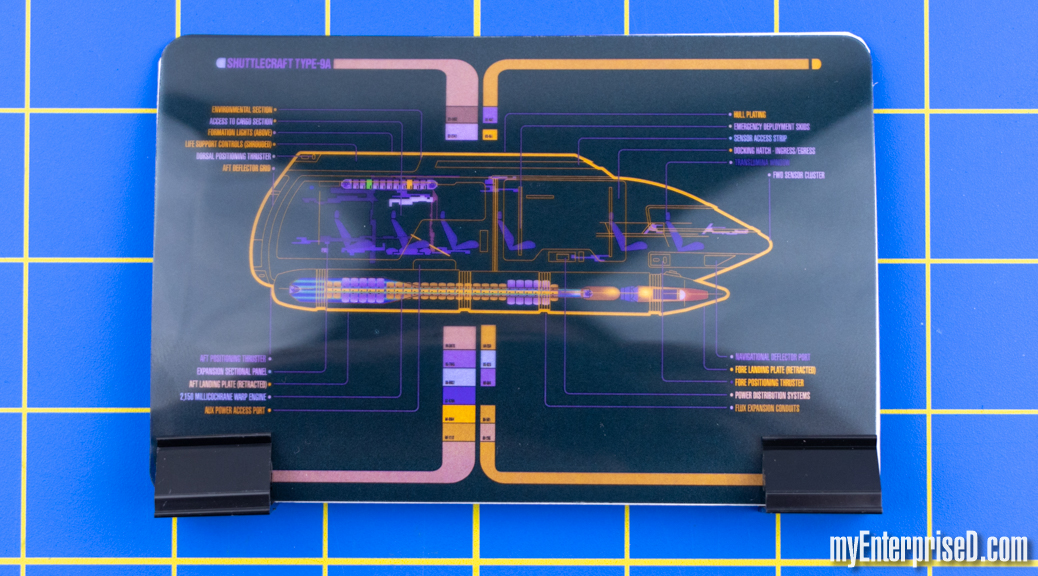 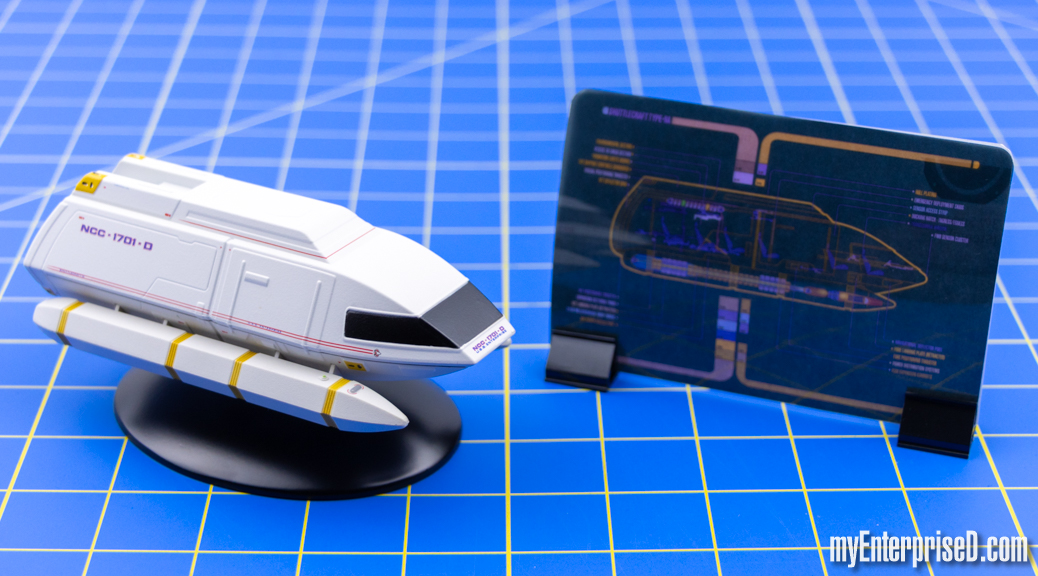 Like the previous set, these shuttles cost m3 $60 USD including shipping, but are actually quite detailed. The details are nice on these shuttles, but I am surprised by the Enterprise misspelling on the Type 7. I also think the warp nacelles on my Hawking are bit crooked. While this is our last set of shuttles, I still feel these have been some of the best Special Issues I have received with any partwork subscription!

One thought on “Special Issue #4”