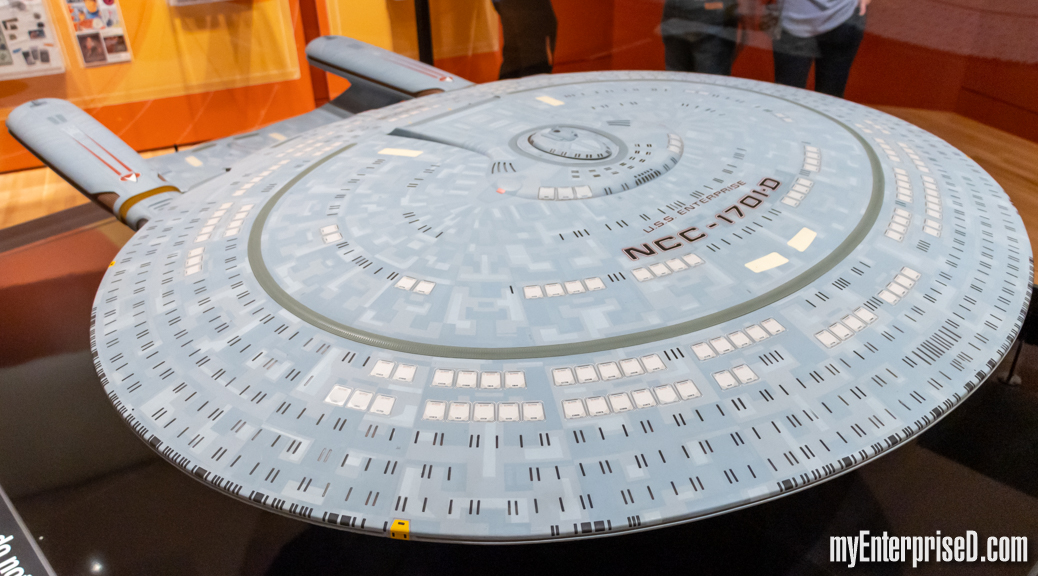 During the seven seasons of Star Trek: The Next Generation, three practical shooting models of the Galaxy-class U.S.S. Enterprise NCC-1701-D were built to be used for visual effects. Initially, two models were built by Industrial Light & Magic (ILM) in 1987: one was two feet long and the other was a massive six-feet long. Before the third season, a more detailed four-foot model was built that basically replaced the first two. This post is about the larger six-foot-model seen here during her original construction: 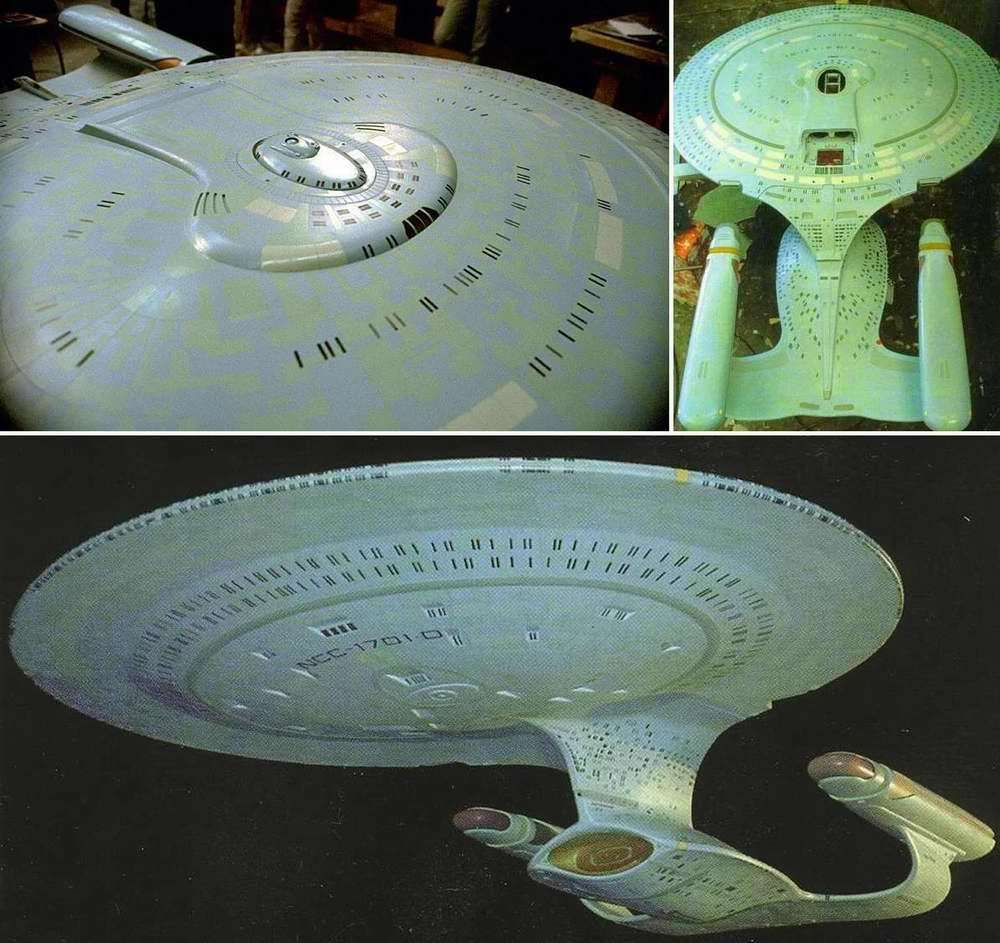 I recently discovered that the original six-foot studio model was on display at the Skirball Cultural Center in Los Angeles, CA for a limited-time exhibit. I grabbed my camera gear, flew out to LA for the day, and took as many pictures as they would allow (turns out I took well over 400). Upon my return, I took a few days to throw out the bad pics, color correct the rest for the lighting (they had it under dim halogen lamps with no up-lighting) and do my best to workaround the fact that it was encased in a glass bowl. Now, I want to share my pictures with you!

A couple of things to note regarding these photographs: This model was updated for the 1994 theatrical film Star Trek: Generations with new paint, detail changes, upper rear nacelle greebles, and lifeboat decals – therefore it is a bit different from what was seen in the television series. Also, flash photography was prohibited at Skirball, so I needed to shoot everything handheld. Therefore, I apologize for any blurriness that these photos might have. I hope they are still enjoyable and thanks for visiting!

The following are just a few examples of the photographs I took that day: 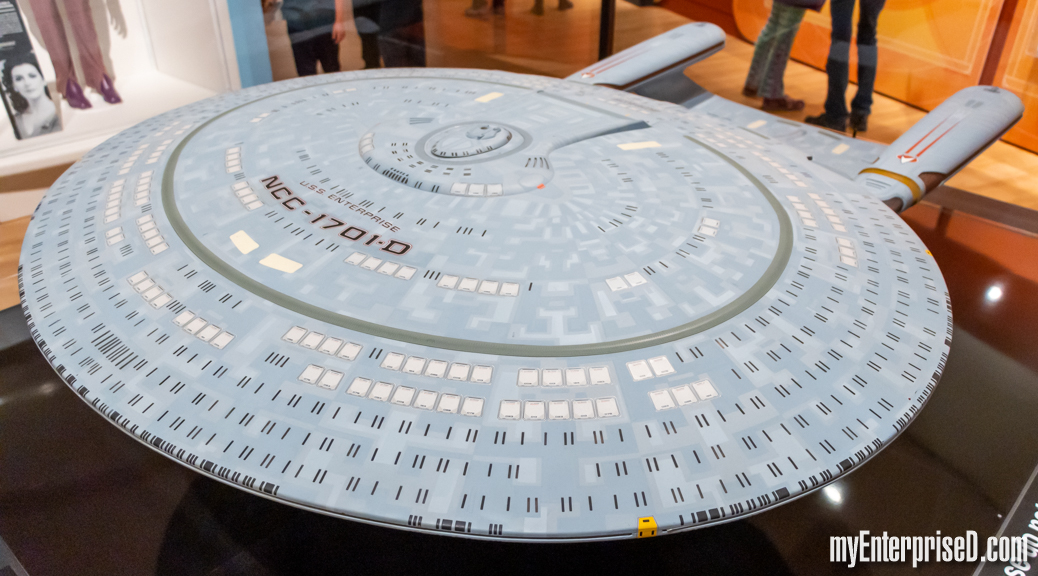 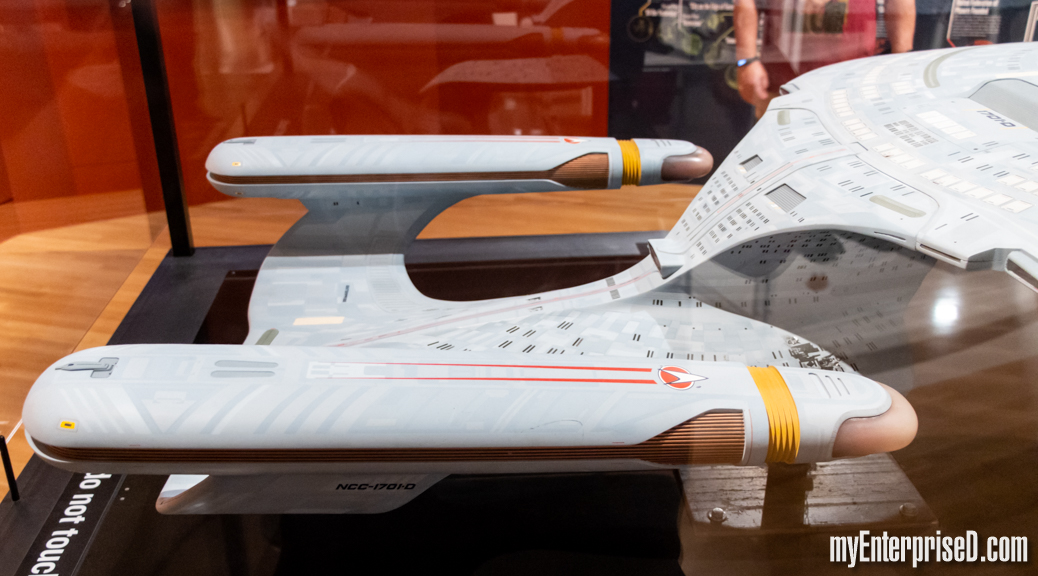 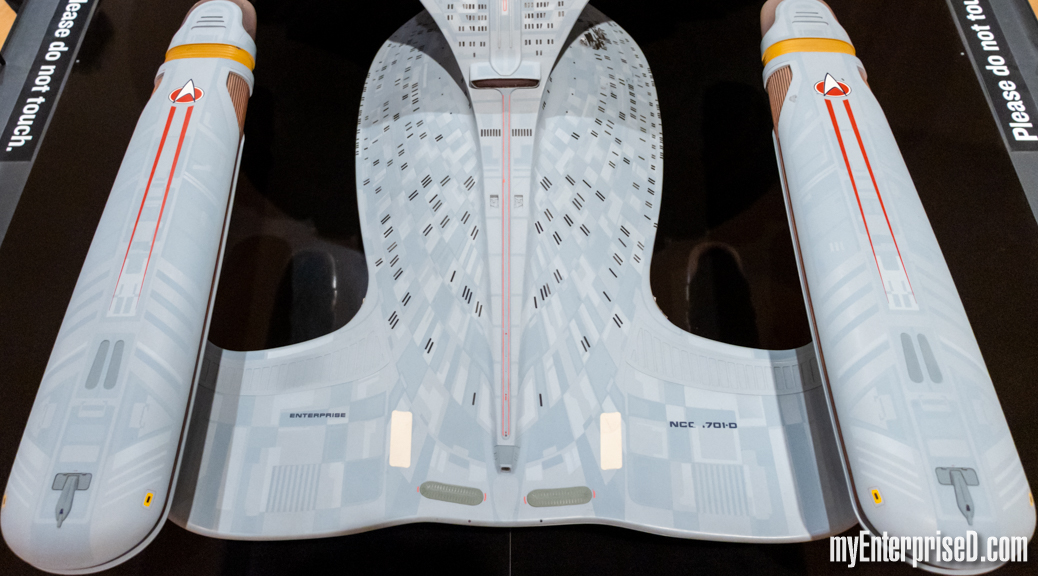 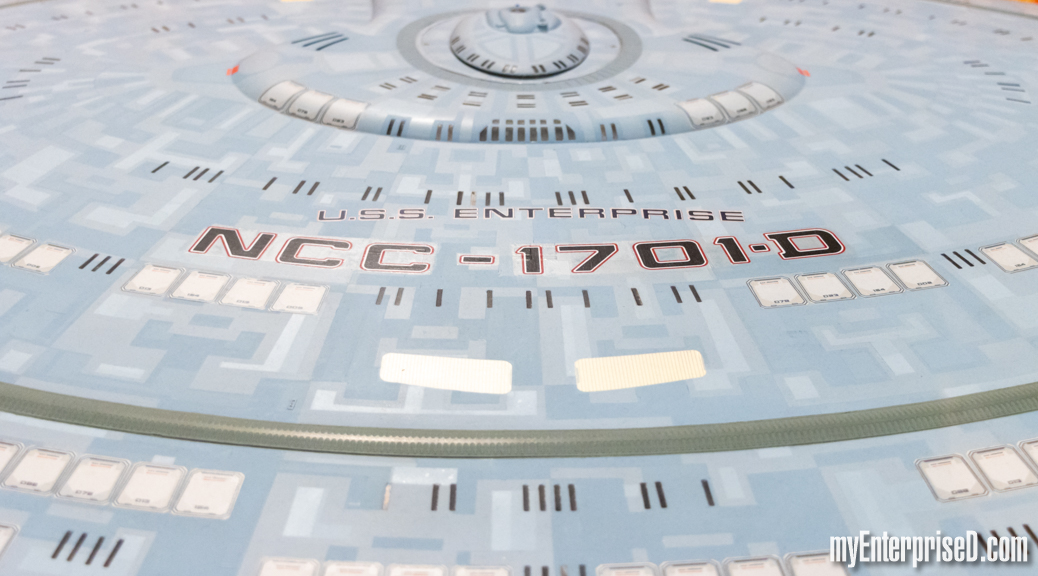 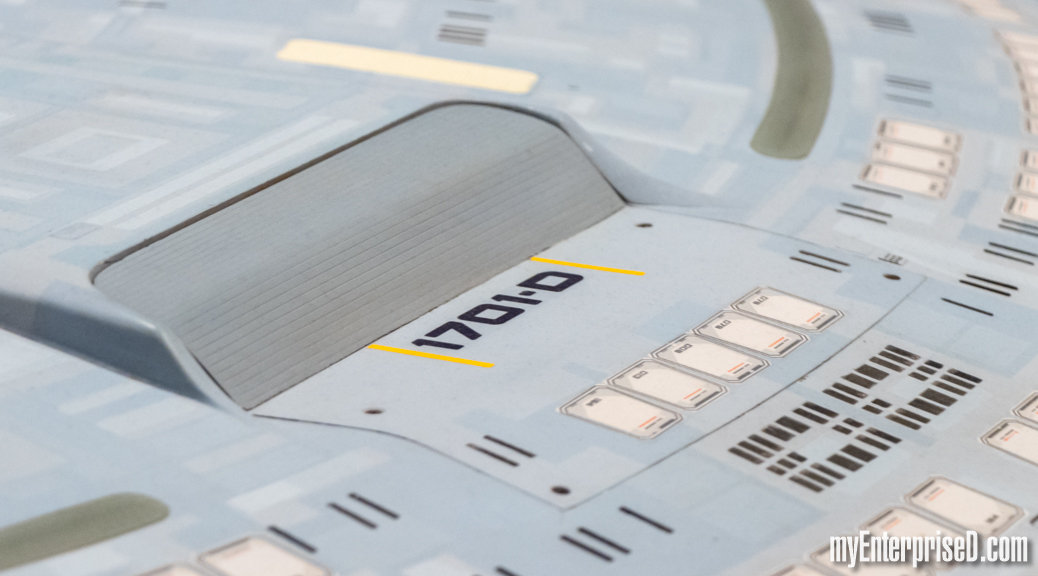 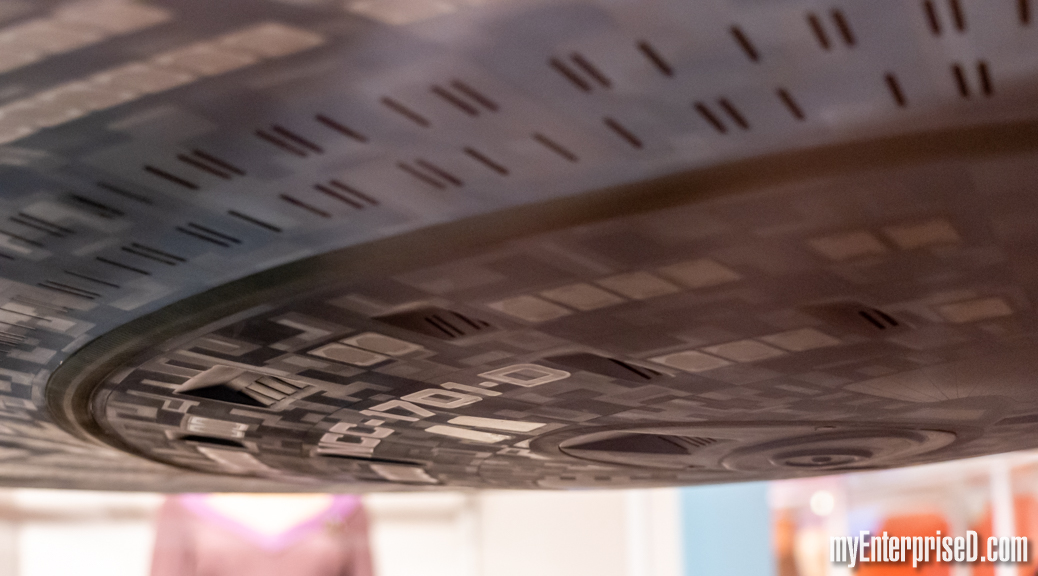 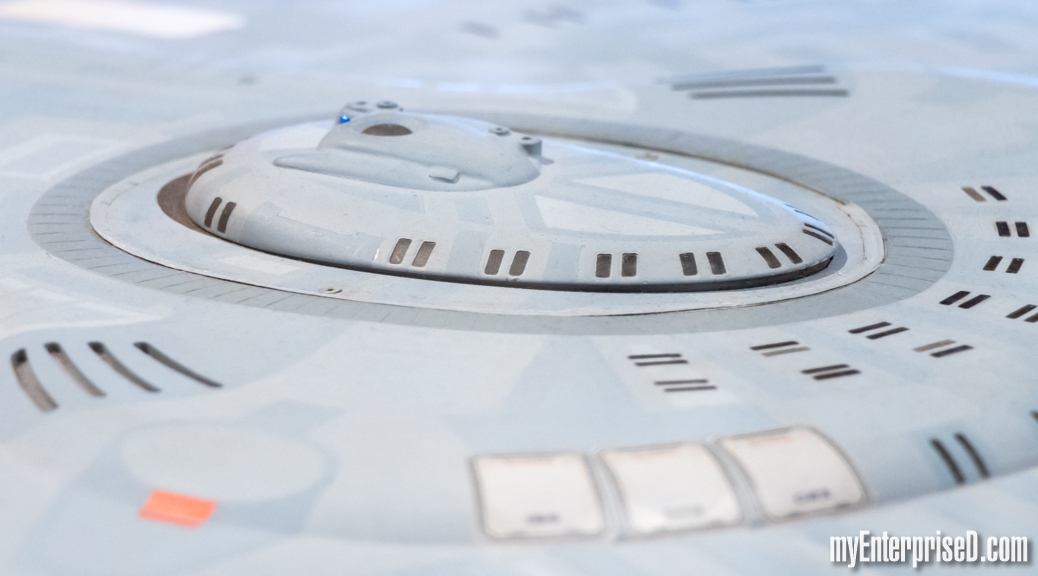 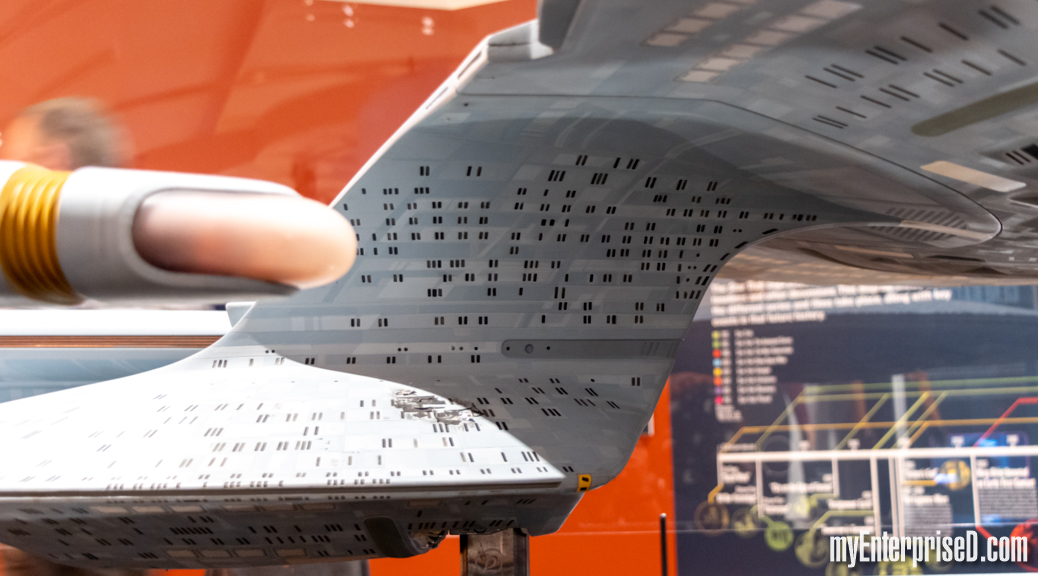 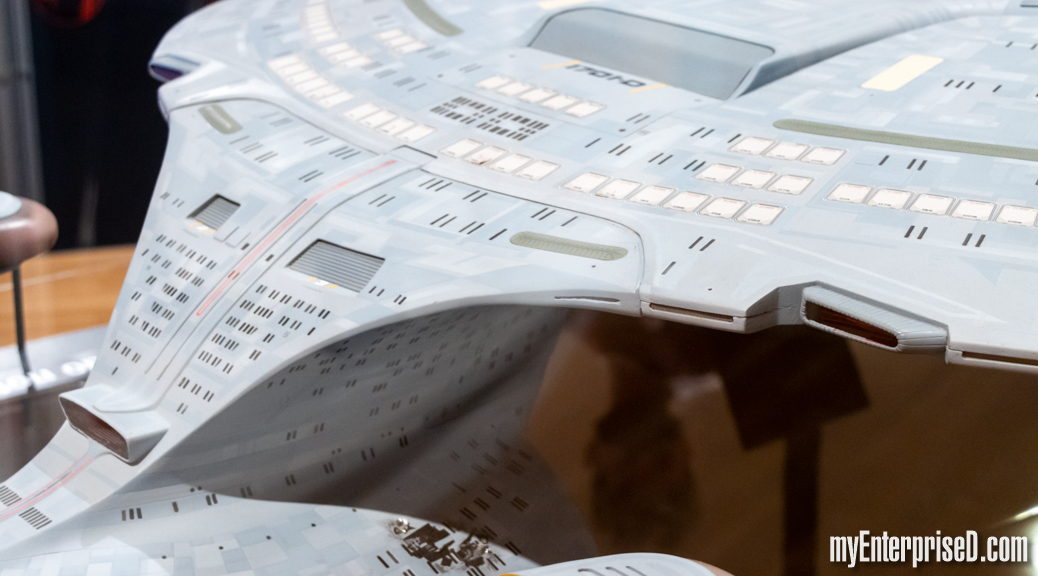 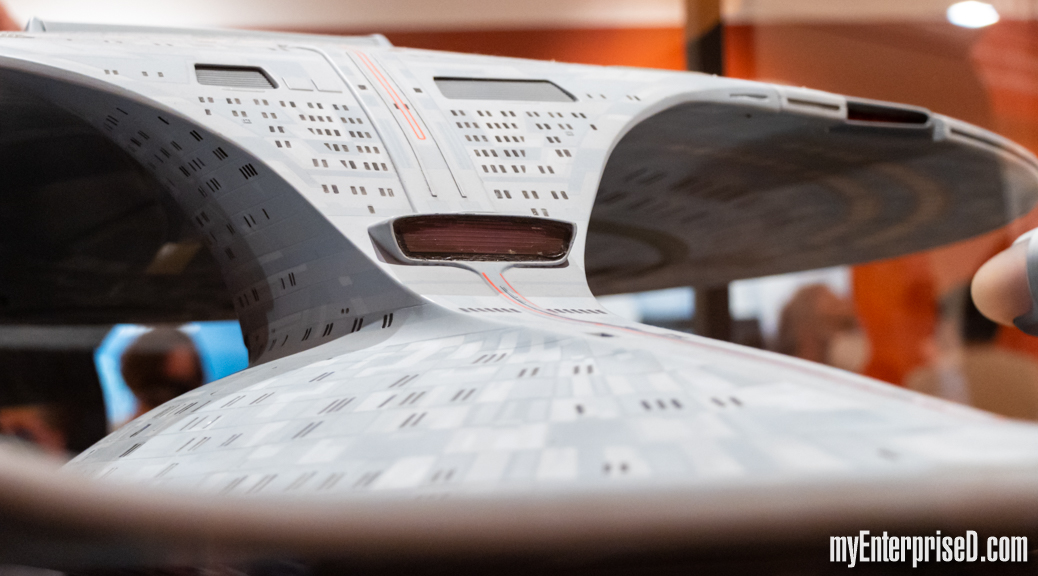 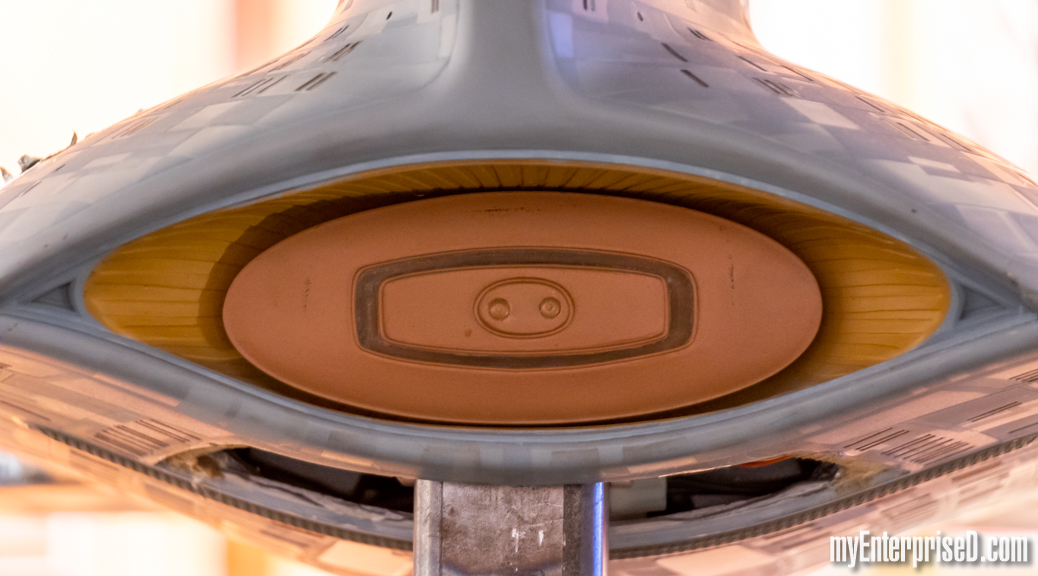 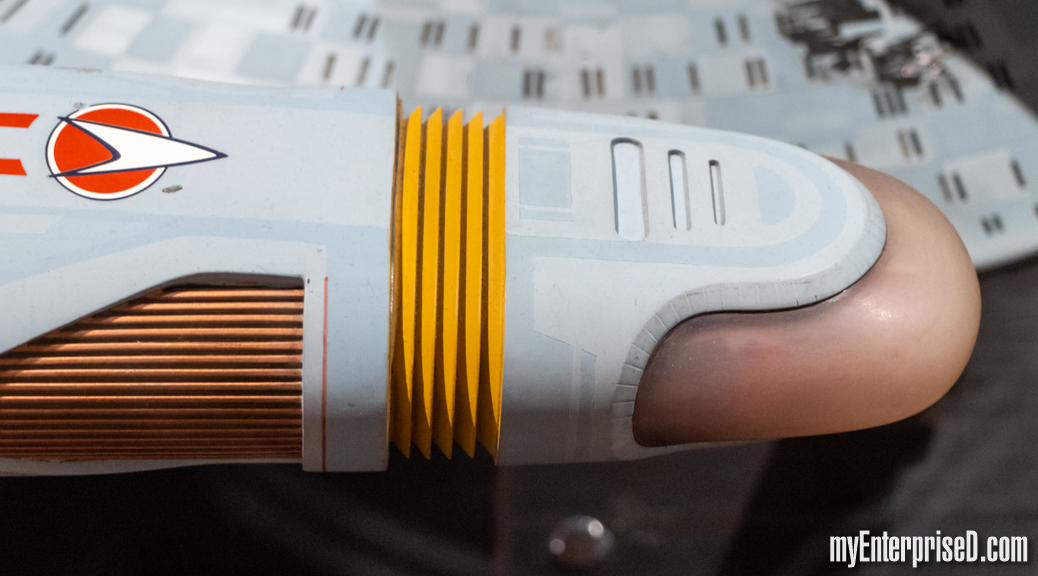 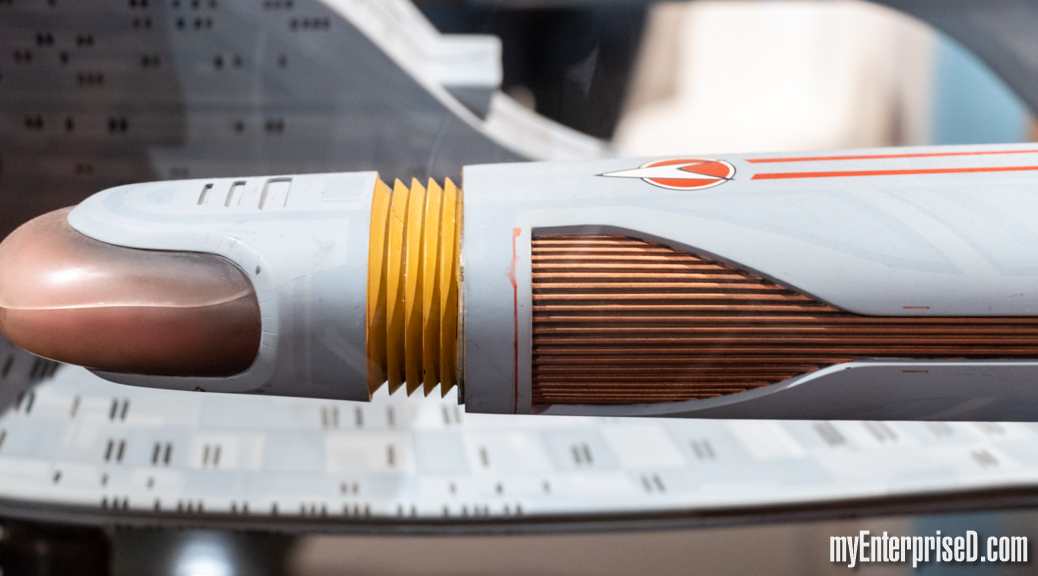 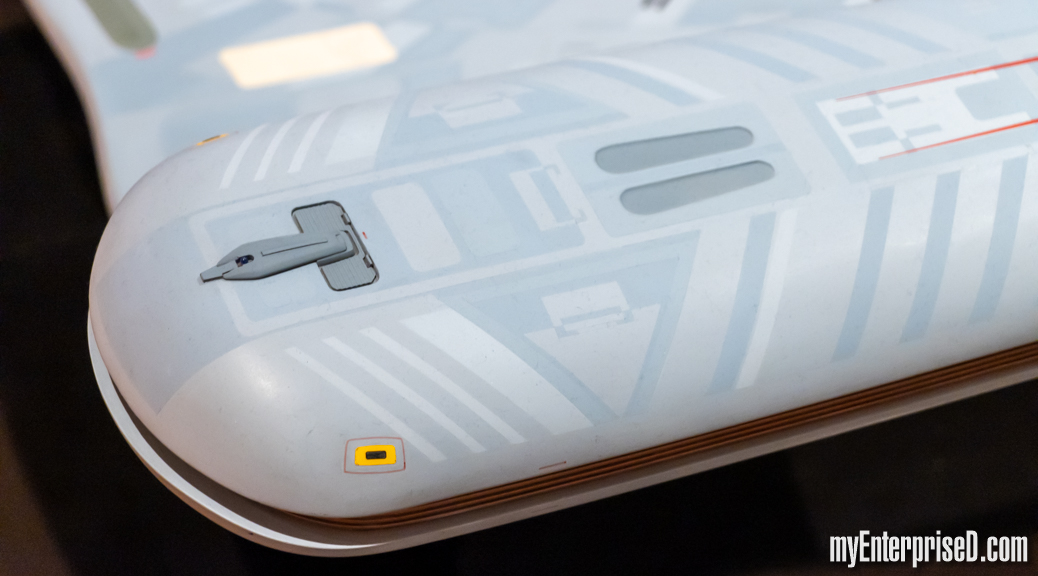 2 thoughts on “The Six-Foot Model”